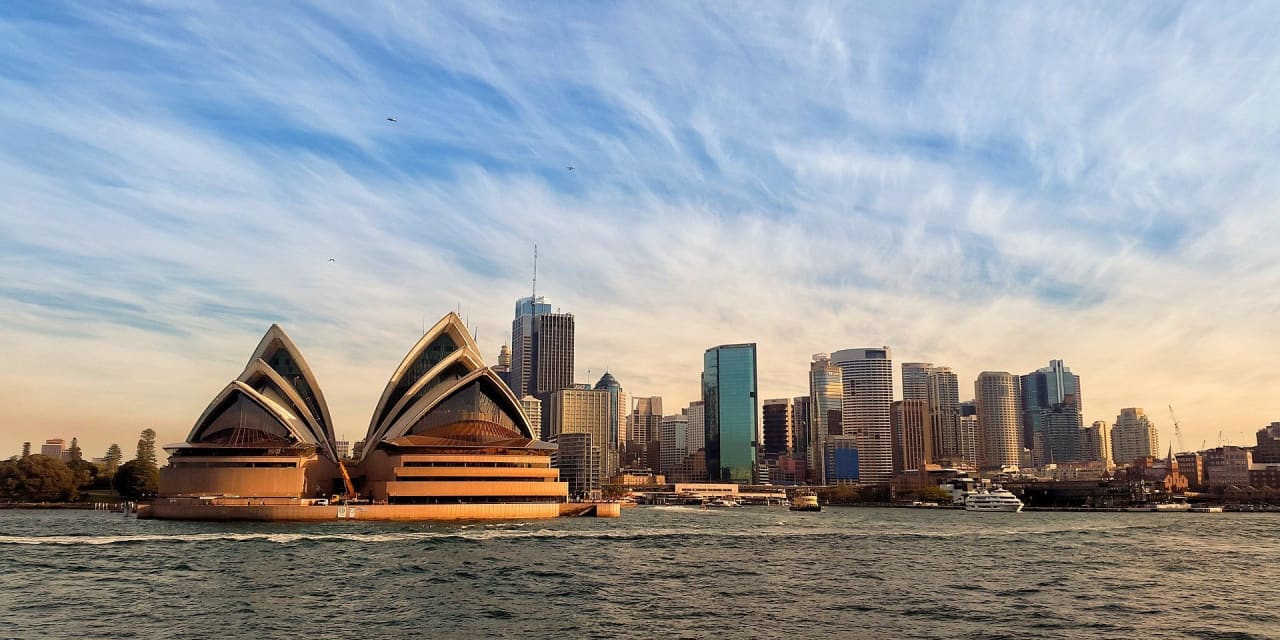 Closed borders have done little to dampen the demand
for luxury property in Sydney as expats have stepped in where foreign buyers
left off prior to the pandemic.

A steady stream of off-shore purchasers had been snapping up Sydney’s mega mansions in the 2010s, but after the federal government tightened buying restrictions for non-Australian residents in 2018-19, their numbers had been declining.

“Right now their absence really has no effect whatsoever on the top end of the market, because there are that many expats filling their place,” said Michael Pallier, director of Sydney Sotheby’s International Realty.

“It’s unbelievable. I’ve never had a run like it. Pretty much every property we’re putting up is selling with multiple bidders. Best I’ve ever seen it,” he said.

The number of long-term returning residents (those who had spent a minimum of 12 months out of the country) has dramatically fallen since the outbreak of Covid-19, according to the Australian Bureau of Statistics. The number of returning expats in March was 10,320, however that plummeted to 1,250 in April when Australia implemented strict travel restrictions effectively banning short term visits. By September the figure had only climbed to 2,530. Despite the dramatic drop in people returning home, property experts say those arriving are here to stay—and are actively house hunting.

Fear of Missing
Out at the Top End of Town

Michelle Ciesielski, partner and head of residential research at Knight Frank Australia, said there has been a flurry of activity in Sydney’s super prime market.

“In the last quarter we’ve seen the strongest number
of sales in that price price point, more than we’ve ever recorded. That top end
of the market is doing exceptionally well in Sydney, and a lot of that has to
do with the lower number of listings,” she said.

Mr. Pallier said since the early days of the pandemic, the “sweet spot” for returning expats has been between A$5 million and A$15 million, with many buyers willing to part with millions of dollars before even boarding a plane.

“I sold a home in Point Piper, a A$7.5 million sale. The buyer, an expat, made a FaceTime call from Singapore and then he bought the property without looking at it physically,” Mr. Pallier said. Three weeks later he was back in Australia, finished his self-isolation, had settled on the property and moved in with his wife and kids.

“I also had a couple from San Francisco who just
locked their house up and came home. Her husband and kids are American, but
because she’s Australian they’re all allowed to come into the country. They’re
renting and will probably look to buy,” he said.

Expats are rushing home to a city that is considered to be a coronavirus success story. By the second week of December there were only 17 active cases in the state of New South Wales, where Sydney is the capital. To date the state has recorded 4620 cases and 58 deaths. Australia-wide there have been 27,987 cases and 908 deaths, most of which occurred in the state of Victoria and its capital Melbourne.

“Anything coastal, anywhere near the water, and close
to private schools. Sydney is all about outdoor living, being near the harbor
and the beach. And if you can find them a great home office space then that’s
ideal,” he said, citing the recent sale of a home in the exclusive harborfront
enclave of Double Bay. Hotly sought after by several buyers because of its
fully self-contained office over the garage, Mr. Pallier said the property
fetched well above asking at A$7.135 million.

As expats around the global started heading home early
in the pandemic, Knight Frank commissioned a specific study to gain insight.
The survey showed that 64{911ea05452e114f1778c76ca86733b6032c246f8f651bb1f01d12abf04b54efb} of expats admitted lockdowns had influenced their
decision to buy a property in their home country.

Those house hunting in Australia were coming from mainland China, Hong Kong, Singapore, the U.S. and the U.K. And although the report showed most international expats, house hunting budgets sat below US$3 million. Higher budgets were evident for those buying in Australia, as well as Switzerland and France.

“Waterfronts are incredibly attractive, but most
waterfronts in the eastern suburbs have moved from being about A$20 million a
few years ago to more than A$40 million at the moment,” he said.

In addition to expats chasing space, Mr. Cohen said they are very particular about location.

“Bellevue Hill (an eastern Sydney suburb where the 12-month median is A$5.625 million, but homes regularly sell for more than A$20 million) has skyrocketed. It’s where everyone wants to be, because of the schools and proximity. A lot of these houses that we’re seeing go crazy at auction, they’re being bought by international buyers who want to be close to great schools for their kids,” he said.

Despite an initial surge in expat interest mid-pandemic, Ms. Ciesielski said the super prime market had just started to show signs of coming off the boil. She cited a shift in the Australian dollar as the reason behind the slowdown.

“What we’ve found since then was that the currency play hasn’t been as favorable for Australian expats buying back here. But speaking to our agents, inquiry is still very high,” she said.

Mr. Cohen agreed the exchange rate had reigned in some
of the panic buying.

“I’d say probably in the last six to eight weeks,
especially, the dollar is less in their favor, and at the same time the local
market is getting stronger. So buying property just for the sake of it is now
just less appealing,” he explained.

Given a more recent cooling off of panic-buying, Mr.
Cohen still sees the top end of the Sydney market remaining buoyant well into
the new year.

“Honestly, I can only see it continuing because
there’s so little stock and so many buyers. We may be in an official recession,
but there’s so much money around,” he said.