Let’s say you want a hamburger.

With a few taps on your phone—no onions, please—the order is placed, with delivery set for within the hour. Soon, your specially wrapped burger appears on the horizon, borne aloft by a humming drone. A retractable door on your rooftop opens to reveal a landing pad and delivery receptacle. The drone places the burger into a box, preferably heated, and a small elevator brings it into the house. “Ding.” Your app alerts you that your burger is warm and waiting.

It’s getting closer: A future where droves of drones buzz through neighborhoods to drop off and pick up groceries, food orders and packages. Architects and builders might have to rethink overall home design to accommodate remote delivery, with drone landing pads mounted on curbside mailboxes, built onto rooftops or perched on windowsills. This, in turn, could reshape entire neighborhoods to include designated drone airspace and traffic patterns designed to ensure the safety of residents.

The Future of Everything

A look at how innovation and technology are transforming the way we live, work and play.

have all received permission from the Federal Aviation Administration for limited deliveries, paving the way for commercial drone service. Amazon Prime Air is testing technology to deliver packages weighing up to 5 pounds in 30 minutes or less. Alphabet’s Wing trials in Christiansburg, Va., allow residents to get deliveries from

and local restaurants. In Florida, UPS subsidiary Flight Forward and

deliver prescription medications to residents of the Villages, the largest retirement community in the U.S.

Still, none of the major players have figured out a seamless way for consumers to receive their deliveries at home. Cargo landing in backyards and driveways raises safety questions regarding both people and packages.

At least one tech startup is working on a solution. Valqari, a Chicago company founded in 2017, is developing drone-delivery mailboxes that can accept all types of shipments, from retail packages to restaurant meals. The top of the mailbox acts as a landing pad, and the drone activates a retractable door to a space where packages can be safely deposited, explains Valqari founder and chief executive Ryan Walsh.

The idea isn’t far-fetched. In South Florida, the Paramount Miami Worldcenter condo building was designed to include a “skyport,” a platform on the roof that could someday accommodate vertical takeoff and landing, or VTOL, vehicles as a shuttle for residents. While the possibility of air taxis is years away, “I could see package delivery as happening sooner,” says developer Dan Kodsi, chief executive of Royal Palm Cos. “We have capability because elevators run all the way to the roof.” He adds that the skyport concept has been a selling point at Paramount Miami, where apartments are for sale from about $750,000 to $11 million for a penthouse. “Some people bought [units] knowing that it could potentially raise the value of their property,” he says.

The retailer submitted a patent application for a delivery chute mounted onto an apartment building. Drone deliveries would be dropped through the chute and onto a conveyor belt, which would transport packages into the building’s mailroom for distribution.

Would you be interested in having a personal drone to run errands for you, including a designated drone landing pad in your home? Why or why not? Join the conversation below.

When the majority of homes are outfitted with drone-delivery mailboxes and landing pads, they could form the cornerstone of “smart cities,” Mr. Walsh projects. Outfitted with solar panels, the mailboxes could provide their own electricity—and even generate enough electricity to sell back to the grid. Data from meteorological sensors could ensure that drones will be able to land safely, with the added benefit of making weather forecasting hyper local. Masses of mailboxes would also provide a place to put transportation sensors that could report real-time road and traffic conditions or telecom technology that could bolster wireless signals, making cities smarter. Mapping sensors would be particularly useful in remote or rural areas, which tend to be the least mapped.

Enthusiasts say that drone deliveries require less manpower than delivery trucks and would reduce both traffic congestion and fuel emissions. But before hamburgers can fly through the sky, a lot of things have to happen. Chief among them is a drone air-traffic control system to manage unmanned aircraft and protect the airspace from attacks. Currently the FAA is working on a way to link drone registration to uniform tracking requirements, allowing the agency to identify drone operators and digitally follow their vehicles from takeoff to landing. Tech innovators must ensure that collision-avoidance technology can avert drone crashes. And companies themselves must surmount logistical challenges in stocking, deploying and recharging drones.

On the consumer end, the public will want assurances that their peace and privacy are protected. For example, in Australia, drone-delivery trials by Wing resulted in complaints from residents in suburban Canberra that the crafts were noisy and intrusive. Based on that feedback, Wing developed new propellers that emit a quieter, lower pitched sound, an Alphabet representative says. In terms of privacy, she added that drone cameras take still, low-resolution images that are used strictly for navigation.

Overall, the main concern is safety, says German academic Mario Schaarschmidt, who specializes in logistics, technology and innovation management in services. Earlier this year, Dr. Schaarschmidt and his colleagues at the University of Koblenz-Landau released a paper that aimed to assess whether consumers would willingly adopt drone deliveries. People who were interviewed in the research most frequently cited fears about their personal safety as well as financial risks of property loss.

Over time, Dr. Schaarschmidt thinks widespread drone deliveries could become the norm for homes, “but only if the first deliveries with drones go smoothly. If you experience any problems, people won’t accept them.”

More From The Future of Everything | Home

Explore what’s next for where we live.

Technology that seamlessly fixes air quality will become widespread in homes by 2030, real-estate developers say. Will homebuyers care once the pandemic subsides?

The House of Tomorrow

Tour what’s next for home design, from a fridge that knows what groceries to order to a storage unit that descends from the ceiling.

How to Build a Home on the Moon

A small-scale replica of a lunar habitat is taking shape at Purdue University. The goal is to prepare for life in a hostile environment—including our own.

Climate-Proofing Homes for Extreme Weather Ahead

Floods, fires and storms are projected to get worse. Six experts get creative about how to protect the places we call home. 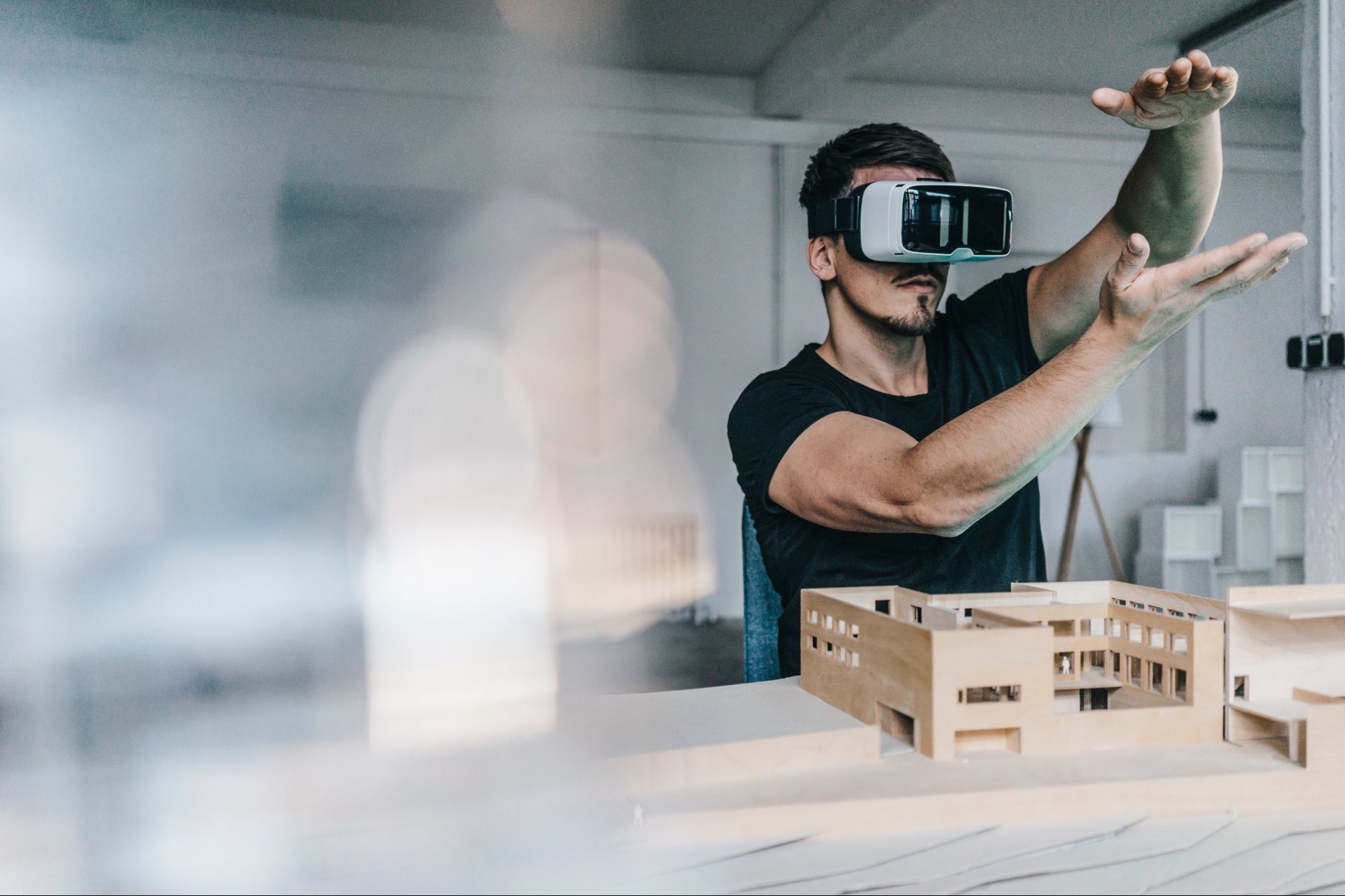 Next post Want to Make More Money in Real Estate Development? Use AI.