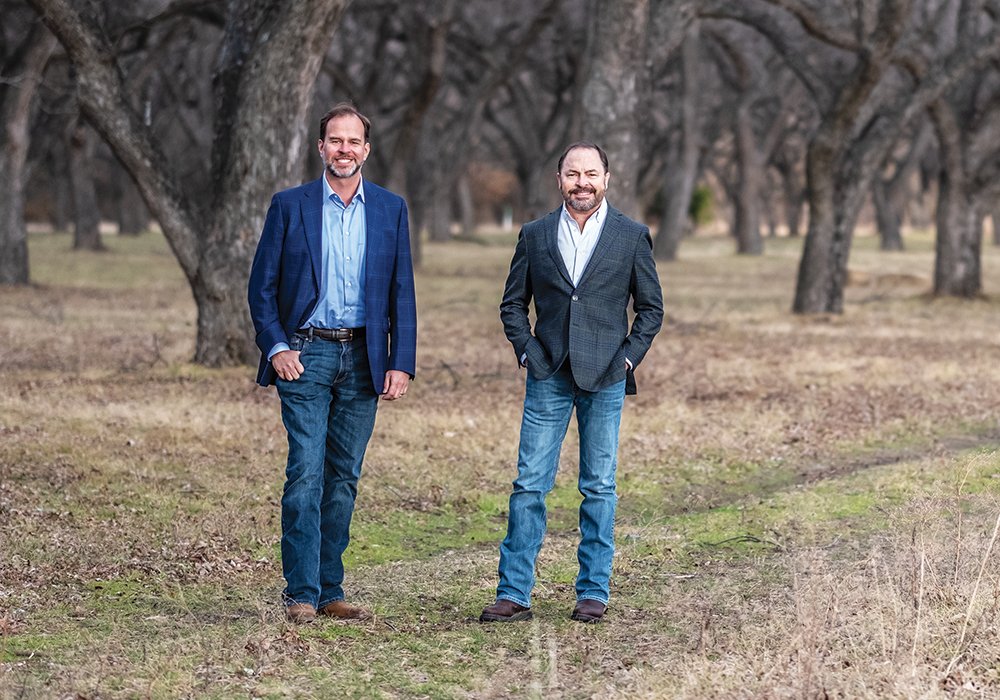 The sequel to last year’s successful inaugural Dream Street is set to feature three luxury homes in the new Montrachet development in west Fort Worth. The houses, built by some of the city’s most sought after homebuilders, will also feature various high-end subcontractors who will ultimately deliver three homes that will showcase everything new and cutting edge in home design and technology.

The three homes will be open for touring in November when the finished products will also be featured in our magazine. Proceeds from these tours benefit a Wish with Wings, the magazine’s flagship charity partner, which grants wishes to children with life-threatening conditions.

Montrachet, the new development that lies just west of its sister development, Montserrat, is primed to become the city’s trendiest spot for new home builds. The developers, brothers Colby and Donnie Siratt of Siratt Partners, got into the development business in 1999 with Covered Bridge Canyon in Parker County. Their second project became Montserrat after their father initially purchased the property as a family ranch.

We caught up with the brothers for a brief chat about their new development.

FW: How is this property unique or different from Montserrat?

Donnie: “This one is unique for a bunch of different reasons. You have the Crown Orchard; you have the creek frontage that you can access — and that we plan to access for the community. You have the hills and the valleys. There will be trails that are accessible and walkable and bikeable. So, it lends itself to lots of outdoor hiking and biking space. So out of the development’s 255 acres, there are only 169 home sites on it. So, it’s really spread out; it’s not dense. It’s some big lots and some smaller lots also. There’s a good mix of size of lots, but there’s so much green space. That, again, kind of what we wanted for our kids and our families and the eventual grandkids, place to run and play outside and not be cooped up inside.”

Colby: “We do spend a lot more time, I think, than a lot of developers, really hiking the property and finding ways to make a property unique. Like, the big tree that you have to drive around in the middle of the road. We found that tree and said, ‘We’ve gotta save this.’ So, we shaped the road around it. We try to let the land dictate what should go where.”

Donnie: “The engineers and the contractors kind of laugh at us. We’ve been called the ‘tree-hugging developers.’”

FW: So, who would this development be ideal for? Who would love to live in a place like this?

Colby: “And All Saints is only .9 miles away. All the private schools are really close. It’s convenient. When people first hear about it, they think ‘Oh, that’s outside of town,’ and it feels like you’re in the country, but then you hop on the highway, and you can be anywhere.”

FW: Do you mind going into some detail about the amenities and security?

Colby: “As far as amenities, we’re going to have a pavilion that can be used for parties and events and movie nights and stuff like that. People can also access a creek. There’s always water in it, so there will be fishing. We’ll also have a pool, bocce courts, pickleball, and a grill, like a resort type thing that everyone can walk to. And, of course, a lot of trails for hiking and biking.

“Security is big in both neighborhoods. And we’re working with some consultants this time on a lot more technology instead of just building fences. We’ll have the guard house, of course. We’re also working on implementing some ground sensitive [technology] that will alert the guards if people cross over it at certain hours.”

Donnie: “They’re talking about video cameras, electronic sensors, motion detectors, and stuff that can actually read the body weight of something. So, if it’s a turkey or something, it won’t set it off. But if it’s a 180-pound guy, it will set off. So that they’re not down here and chasing squirrels.”