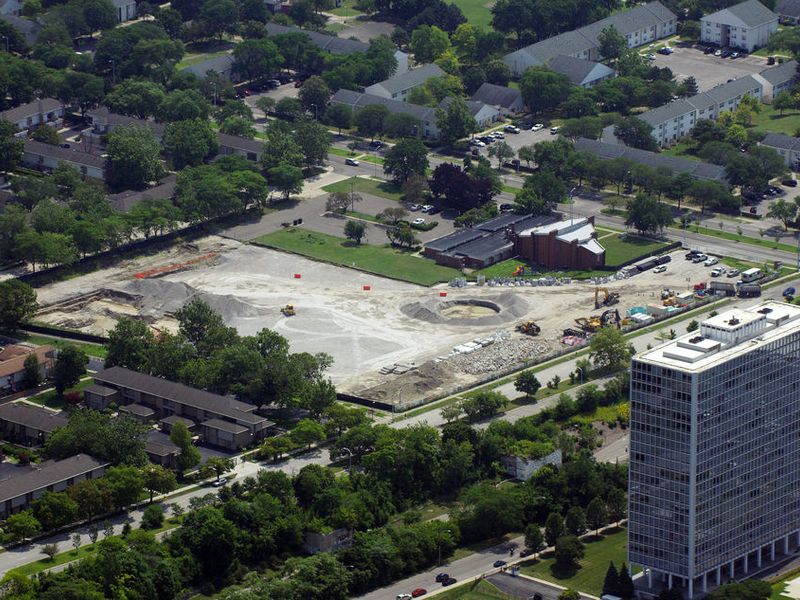 The planned Pullman Parc project on the Elmwood Park neighborhood’s border with the Lafayette Park neighborhood has been described to me and others as a joint venture between Farmington Hills-based Hunter Pasteur Homes, Detroit-based Broder & Sachse Real Estate Services Inc. and Detroit-based Woodborn Partners LLC, all established developers of for-sale and for-rent multifamily properties in Detroit.

But documents a little bird sent my way show that Dan Gilbert, Detroit’s most powerful landlord and real estate developer, also had money in the project — until recently.

“Gilbert is not an investor in the multifamily component of the project being developed on a separate site by Broder & Sachse and Woodborn Partners, Sachse Construction CEO Todd Sachse said.

Why is Green Forest important?

It’s that entity that made Gilbert a partner on the condo component (the development is also planned to have 180-200 apartments across nearly 4.8 acres of the former Friends School site).

That chunk of land was sold Dec. 30 to Bloomfield Hills-based residential developer Robertson Bros. Co. for a price I haven’t been able to determine yet. Robertson Bros. plans for-sale units on the site.

Howard Luckoff, Gilbert’s longtime friend and his general counsel at the time the March 1, 2018, operating agreement for Lafayette Park Investment Co. LLC was signed, is linked to Green Forest entity in the document.

Gilbert is also named several times in the 30-page agreement, which allows Gilbert to buy out other investors if they threaten his gaming licenses or might pose other regulatory risk for his casinos and don’t remedy that during a cure period. This was back when he still had a substantial gaming operation through Jack Entertainment LLC, which he recently sold to his longtime lieutenant Matt Cullen.

In addition, an unnamed entity created by Luckoff and Randy Wertheimer, president and CEO of Hunter Pasteur, had another 1.998 percent ($99,900) ownership interest.

Gilbert’s involvement in Pullman Parc has not previously been known.

I reached out to Gilbert’s Bedrock LLC real estate development, ownership, management and leasing company for comment this morning, as well as his Rock Ventures LLC.

“Dan is simply a private investor with no controlling interest,” a spokesperson said in an email today.

The operating agreement and other documents offer a rare peek behind the curtain — and whose money is involved and what they stand to earn — of a major real estate development effort in the city.

The for-sale products’ pro forma shows that it was initially expected to cost about $28.21 million and bring in $38.34 million in revenue through unit sales, the approximately $10.13 million profit on which would be split 50-50 between Hunter Pasteur Homes and the minority investor entity, Lafayette Park Investment Co. LLC.

(A November 2019 application to the Detroit City Council for a Neighborhood Enterprise Zone tax incentive for Hunter Pasteur Homes Lafayette Park LLC says the for-sale component had increased to $40.7 million in a little over 18 months.)

But the condos, which hit the market in April 2019, were not built as originally envisioned.

Stay tuned for additional information on this project as it develops with a different roster at the helm.