Costa Mesa Home Featured on ‘Christina on the Coast’ for Sale for $1.2M 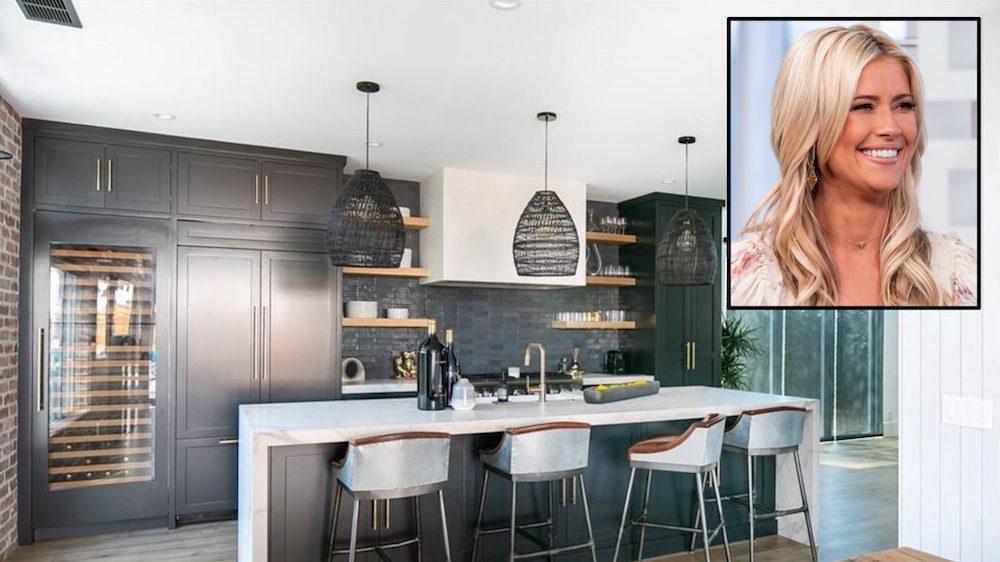 What a difference a celebrity designer makes! After just two weeks on the market, an offer was accepted for a Costa Mesa, CA, home renovated on HGTV’s “Christina on the Coast”

The 2,067-square-foot residence was given a complete makeover on the popular show’s first season. It came on the market in mid-January for $1,195,000 and is now in contingent sale status.

In the fourth episode of the show’s debut season, titled “Tore Down From the Floor Down,” HGTV star Christina Anstead performed a $49,600 renovation on the three-bedroom, 2.5-bath home. The owners had purchased the place in August 2017 for for $735,000.

Being on HGTV was a savvy move for the homeowners, as a nontelevised renovation would have been much more pricey. Hosts such as Anstead generally waive their design fees and are able to source materials and supplies at a substantial discount.

In addition, the owners own a flooring materials supply store and spent big on the remarkable flooring throughout the house. The Warren Christopher wide-cut French oak urethane finish floors are a testament to the luxury upgrades within.

High-end appliances, materials, and finishes were also used throughout the residence. An open kitchen is highlighted by a sophisticated black backsplash and cabinetry, and accented by a repurposed brick wall. It features a JennAir side-by-side fridge, a Thermador six-burner range with a teppan grill and dual ovens, a Scotsman ice maker, and a Bosch dishwasher. There’s also a custom plaster Zephyr hood and an impressive 180-bottle wine fridge.

Anstead veered a bit from her signature coastal chic look in this design. The brick accent walls in the kitchen and great room give the home an earthy, loftlike vibe.

Brick isn’t a common material in Southern California homes, but Anstead made it work to fantastic effect.

Anstead also uncharacteristically leaned toward the modern farmhouse aesthetic in this home’s design, using vertical shiplap in two of the bedrooms and a sliding barn door in the master bedroom.

The property isn’t large, but every inch of the outdoor space is usable and lovely. A well-designed and welcoming patio is accessed via floor-to-ceiling sliders, and two modern water features are nestled against the attractive horizontal plank fence. There’s a bar and a built-in barbecue, which make for enhanced entertaining.

“Christina on the Coast” is still in production at HGTV, after airing a full first season and an abbreviated second season. Anstead also continues to star with ex-husband Tarek El Moussa in the HGTV hit “Flip or Flop,” which has spawned a number of spinoffs. Following her recent split from second husband Ant Anstead, the popular designer has announced she’ll now be going by her maiden name of Christina Haack.

The Future of the New-Home Design Studio

How an ancient design technique could help us survive extreme heat, no