Colonia, N.J.: A ‘Nice’ Alternative to the City 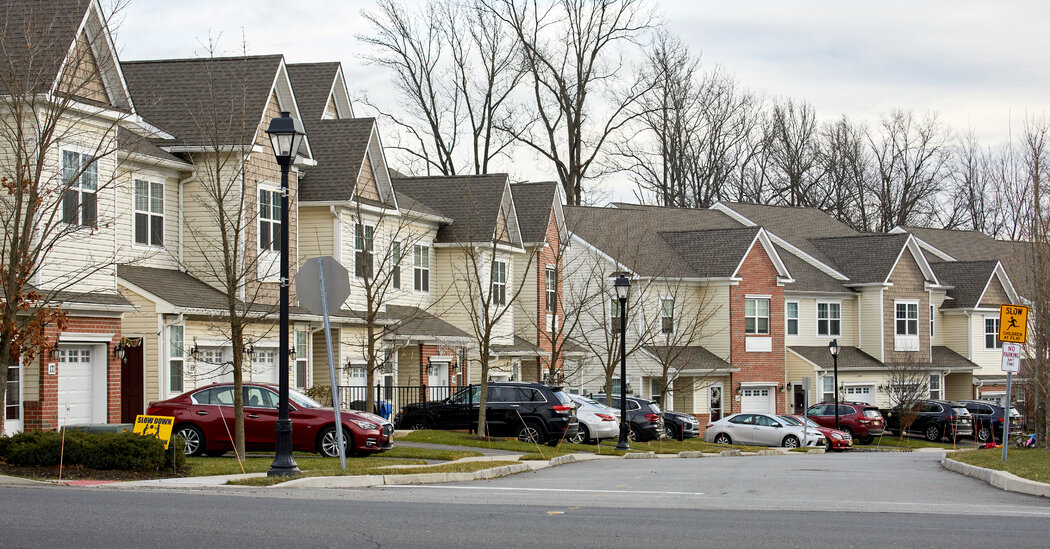 When Alex Paz and his fiancée, Caitlin Sarnicki, set out to buy a house a couple of years ago, they thought their parameters were reasonable: an affordably priced, not-so-large home in a friendly community, close to their families and workplaces, that hadn’t passed through the hands of a house flipper.

“We saw some really overpriced houses and lots of flipped houses where closing companies were cutting corners and putting them back on the market when they weren’t really completed,” said Mr. Paz, 29, of the 60 or so houses the couple saw in more than a year of searching. “It was hard to find a house that the sellers were currently living in.”

In May of 2019, the couple settled on a split-level house owned by an older couple moving south. They paid $390,000 for the four-bedroom, two-bathroom home in a 1950s tract development in Colonia, N.J., not far from the main commercial street.

The house search wasn’t the only thing that took them longer than expected. Their original plan to get married in May of 2020 was delayed by the pandemic until December, and then again until November of 2021 (although they had a small marriage ceremony in October). While the Pazes await their official wedding celebration, they’ve had a chance to settle in to what Mr. Paz recognizes is a cookie-cutter neighborhood.

“The fact that all the houses generally look the same had almost no weight on my conscience,” said Mr. Paz, who works in financial services in Jersey City, N.J. “As long as the house is nice, and the neighbors are nice, and they take good care of their houses, that’s what matters.”

“Nice” is a word used by many of the nearly 18,000 residents to describe Colonia, one of 10 communities that make up Woodbridge Township in Middlesex County. The solid schools, reasonably priced housing and accessible transportation have made Colonia popular with many buyers leaving New York City or North Jersey over the past year.

Barbara Sancilardi, the broker-owner of a Century 21 agency in Woodbridge who was born in Colonia and lives next door to her parents’ house there, said that at some of the recent open houses she has held in Colonia, there have been 40 people waiting for the doors to open, followed by multiple offers above asking price submitted by the end of the day.

“Before, buyers wanted to be downtown and live in an apartment,” said Ms. Sancilardi, 57. “Now they want the Ponderosa effect. If you can’t take your kids on vacation, you want to buy a house on property that’s big enough to build a pool. That’s something you can do here.”

Ehsan Chaudhry has not yet built a pool on his quarter-acre property in Colonia, but he was able to customize the kitchen and bathrooms in the four-bedroom house that was still being built when he and his father bought it for $555,000 in 2015. Since moving to Colonia, Mr. Chaudhry has married and had two children, so three generations now live in the 2,900-square-foot house. It took a little convincing to get his Pakistani-born parents to agree to leave their Brooklyn neighborhood, where they enjoyed the large South Asian community.

“I drove them around, and we saw Pakistani restaurants and stores, a mosque and Indian people,” said Mr. Chaudhry, 26, who helps run the family’s masonry business. “My mom doesn’t speak a lot of English, so she needed someplace where she could feel comfortable. She loves it here and doesn’t want to go back to Brooklyn.”

Colonia, a 3.9-square-mile unincorporated community, is bisected by the Garden State Parkway and Route 27. Route 35, where you’ll find big-box stores and chain restaurants, runs along the southeastern border. The local commercial district is on Inman Avenue, where ethnic restaurants, banks, the fire department and the large Saint Gertrude Cemetery can be found.

Distinctive houses that sit on at least an acre are in the Estates neighborhood, covering several blocks near Colonia High School, off New Dover Road. Expansive residential tracts built in the 1950s, ’60s and ’70s provide housing for much of the increasingly diverse middle-class and blue-collar population.

Maureen Hickey ElAdawy, who lived in Colonia for 22 years before moving to nearby Scotch Plains, N.J., in 2019, said she appreciated the ethnic mix — which is about 64 percent white, 6 percent Black, 12 percent Hispanic and 16 percent Asian, according to recent census data.

“The guy across the street worked in a meatpacking plant. On one side, there was a heating and air-conditioning guy, and on the other, a Wall Street type,” Ms. Hickey ElAdawy said. “You didn’t know who had money and who didn’t. We all viewed each other the same.”

These days, there’s evidence of many of those homeowners making improvements — adding extensions or raising the roofs of ranches and split-levels in housing tracts — or knocking down older, more modest homes in the Estates neighborhood and replacing them with larger houses.

As of mid-January, there were 26 homes for sale in Colonia, down from 40 during the same period last year. At the high end were two houses in the Estates section, each on about an acre, with multiple bedrooms and in-ground pools, priced at just under $2.5 million; at the low end was a three-bedroom Cape Cod built in 1931 on 0.10 acres, listed for $249,900. An undeveloped acre in the Estates neighborhood was listed for $500,000, while a new five-bedroom, three-bathroom house nearby was going for $787,000.

While much of the 182-acre Merrill Park is in neighboring Iselin, the most popular part — where you can visit live pigs, goats and other farm animals — is in Colonia. The county park also has ball fields, playgrounds, picnic grounds and walking trails.

Between Merrill Park, where outdoor concerts are held (or were before the pandemic), and the Evergreen Center, which offers programs for residents of various ages — including (socially distanced) yoga, dances and basketball — the community tries to accommodate a range of interests, said Debbie Meehan, Colonia’s councilwoman.

“It’s a nice place whether you’re a toddler or 99 years old,” said Ms. Meehan, 54, who reports good news about Colonia and neighboring communities in the Corner Newspaper, a monthly print and online publication.

Colonia is part of the Woodbridge Township School District, so some Colonia students attend schools in other communities.

For prekindergarten through fifth grade, four area elementary schools serve Colonia students, two in Colonia. From sixth through eighth grade, students attend Colonia Middle School, which had an enrollment of 621 during the 2018-19 school year.

Most of Colonia’s high school students attend Colonia High School, which had an enrollment of 1,311 in 2018-19, but those who live in the area bordering Iselin may be assigned to John F. Kennedy Memorial High School.

In 2018-19, average SAT scores at Colonia High School were 523 in math and 522 in reading and writing, compared with state averages of 541 and 539. The high school offers 16 Advanced Placement courses, 18 varsity sports, more than 40 clubs and dual enrollment with several state colleges.

Colonia is less than 30 miles from Midtown Manhattan; driving into the city takes 45 minutes to an hour, depending on traffic.

New Jersey Transit’s Metropark Station is in Iselin, a few minutes’ drive from most parts of Colonia. Frequent direct trains to Penn Station in New York City take 40 to 50 minutes; tickets cost $10.75 one way or $310 for a monthly pass.

New Jersey Transit also offers bus service from the Woodbridge Center shopping mall, but the trip to Manhattan takes about an hour and a half, requires a transfer in New Brunswick and costs $12.35 one way.

Colonia was originally known as Houghtenville, but Edward Cone, the head of an influential New York family that moved there in the late 19th century, persuaded the Pennsylvania Railroad Company to change the name of the local train station in 1894, which resulted in the community’s name change as well. Mr. Cone, a founder of Colonia Country Club, owned a 60-acre estate called The Trees that was demolished in 2014 to make way for a subdivision.