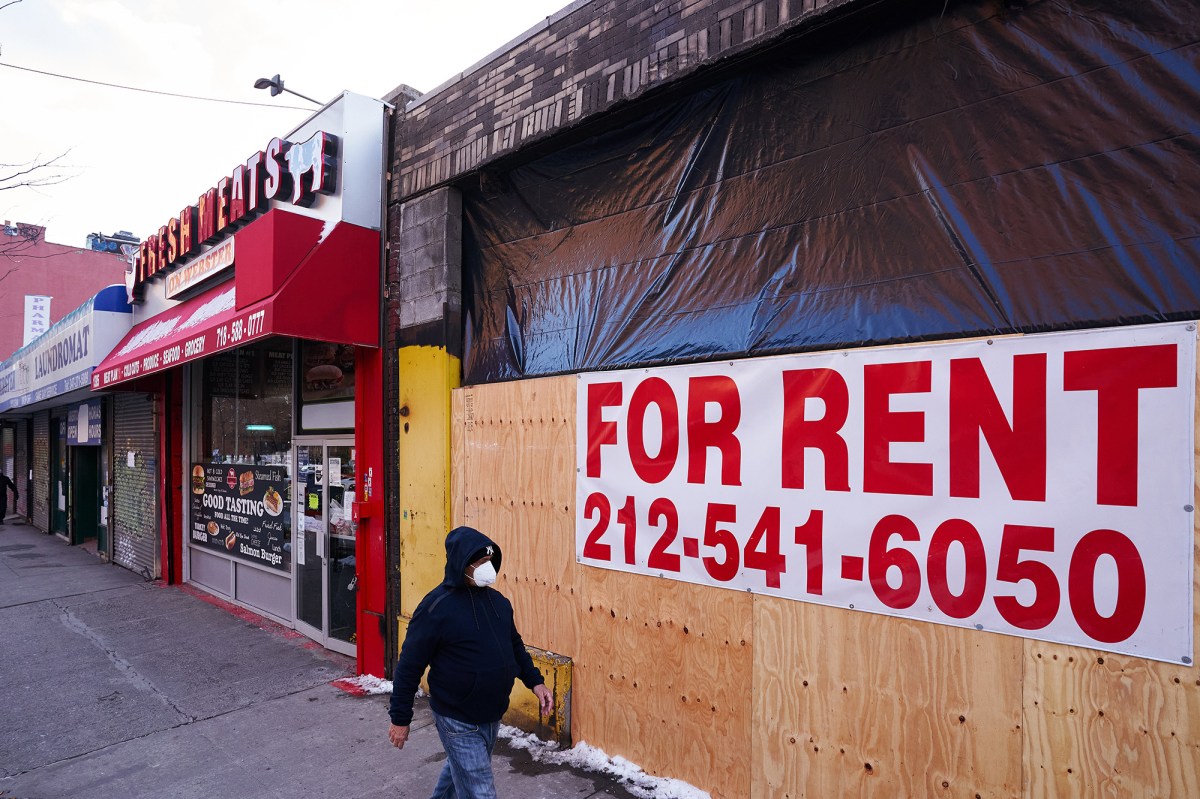 Along with The Post’s graphic stories of how Gotham has become a Ghost Town are some painful, cold numbers — including a lot of hard news for the city’s real-estate market. City leaders need to do what they can to halt the slide — and adjust their budgeting to reflect the new reality.

Many office workers won’t be returning to their desks post-pandemic. Instead, they’ll keep working from home or from new offices outside Gotham, especially in lower-tax Florida.

All that is fueling a far-softer commercial real-estate market. In a report Tuesday, state Comptroller Tom DiNapoli notes a nearly 10 percent drop in billable assessed commercial-property values for the coming fiscal year, the “sharpest” drop ever.

Wall Streeters’ diaspora is shifting “vast amounts” of wealth out of the city, putting pricey apartments up for sale and bloating the high end of the residential market, reports The Wall Street Journal.

Indeed, the residential market is hurting from high-end to low. In January, rental vacancies topped 5 percent, vs. less than 2 percent in January 2020, The Post’s Sarah Paynter reports. Residential-sale prices were off a full 20 percent.

Retail space is no better: In its Fall 2020 Manhattan Retail Report, the Real Estate Board of New York noted that rental asking prices per square foot fell by as much as 25 percent year over year in 17 Manhattan retail corridors. Overall, the city is looking at a 4.3 percent slip in property values, the first such drop in nearly a quarter-century.

Let’s face it: New York City’s post-pandemic “normal” will be very different, with revenue likely to stream in far slower than once projected. Even another fat handout from Washington can only cushion the long-term pain.

DiNapoli cites a $15.6 billion cumulative cash shortfall over the next three years, possibly larger. Yet a year into the pandemic, City Hall still wants to operate as if it’s business as usual.