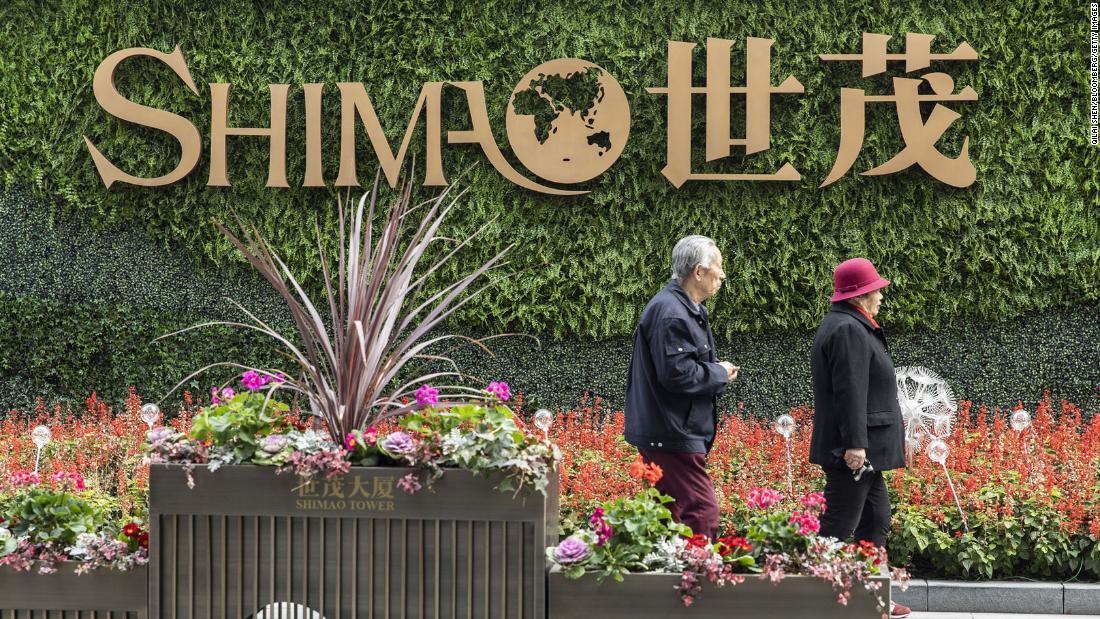 This week, two major credit rating agencies downgraded Shanghai-based developer Shimao Group further into junk territory. The company has been grappling with mounting debt and is considering selling some properties to reduce its debt load.

“Shimao’s liquidity has significantly deteriorated — the decline is worse than we previously anticipated,” said S&P Global Ratings, which cut the company’s credit rating to B-. Just two months ago, S&P was still rating Shimao as investment grade. “We now assess the company’s liquidity to be weak.”

Moody’s on Monday cut Shimao’s rating to B2 citing “elevated” liquidity risks, a large amount of debt due in the near term, and weakening access to funding.

Over the weekend, the Chinese media outlet Caixin reported that Shimao has put on sale all of its domestic real estate projects as the cash-strapped firm scrambles to dispose of assets. Shanghai Shimao International Plaza, one of the tallest skyscrapers located in the heart of Shanghai, could be sold to the city’s government-owned firms for more than 10 billion yuan ($1.6 billion), the report said.
On Tuesday, Shimao denied in a Hong Kong stock exchange filing it had entered into any preliminary agreement about the disposal of Shanghai Shimao International Plaza.

But it acknowledged that it is in discussions with potential buyers about some asset sales.

The company “may consider disposing of certain properties if the terms and conditions are appropriate,” it added.

The pressure on Shimao marks yet another snag for Chinese real estate, which has been in crisis for a while. The crunch began in 2020, when Beijing started cracking down on excessive borrowing by developers in a bid to rein in their high leverage and curb runaway housing prices. But the problem escalated significantly last fall as Evergrande — China’s most indebted developer with some $300 billion in liabilities — began warning more urgently of liquidity problems.
Evergrande has since been labeled a defaulter by Fitch Ratings after appearing to miss paying some financial obligations last month. Government officials are also now involved with the company’s newly established risk management committee, a move widely perceived as guiding the company through a restructuring of its debt and sprawling business operations.

Shimao was once considered a healthier developer than its heavily indebted rivals. But in the last month it has suffered a bond and stock rout as debt woes spread in the property sector.

Shares of Shimao Group have tumbled more than 20% in the past month.

Shimao Group has a large number of debt maturities due in 2022, including $1.7 billion worth of offshore bonds, 8.9 billion yuan ($1.4 billion) worth of onshore bonds, and “sizable” offshore bank loans, according to Moody’s.

But the company is making “slow progress” on fundraising and refinancing, increasing uncertainties over its ability to pay off debt, according to Moody’s. The ratings agency also forecast Shimao’s property sales to decline “notably” over the next six-to-12 months, impacted by weakening homebuyer confidence.

“The company is facing heightened refinancing risks due to still-tight regulatory conditions, apart from the materially weakened capital markets access,” they said.

Other developers — including Kaisa and Fantasia — are also struggling with the fallout from the real estate sector turmoil, as the deepening slowdown in the property market, coupled with risk aversion among banks and investors, makes it harder for them to refinance.

On Tuesday, analysts from Morningstar said liquidity stress in China’s property sector could become a “downward spiral” because of all the credit rating downgrades, which will cut off developers from accessing capital markets even more.

“To restore confidence in the sector, the authorities should be supportive of financing efforts by better names like Shimao, which has complied with” financial regulatory guidelines, wrote Cheng-wee Tan, a senior equity analyst at Morningstar, in a research note.

The Chinese government has taken steps to contain the property slowdown, including the move by local authorities to work with Evergrande on risk management.

The People’s Bank of China cut the amount of cash that banks must hold in reserve last month, unleashing 1.2 trillion yuan ($188 billion) for business and household loans. Days later, the central bank cut its main interest rate for the first time in 20 months, stepping up efforts to boost slower growth.

Tan said the authorities could also provide specific support to “better names” in the industry, such as directing state firms to purchase assets from those developers.

The real estate buying frenzy is over