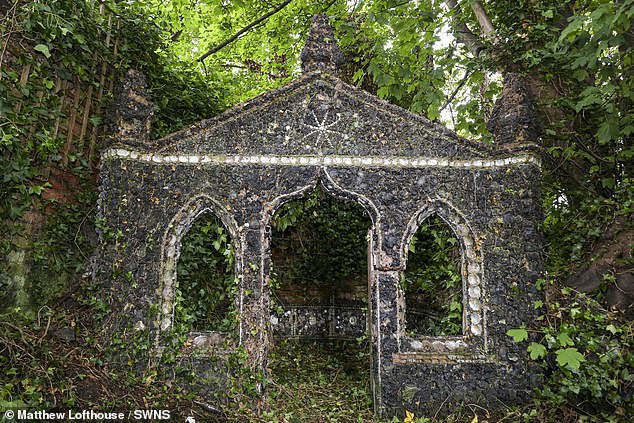 Look what I found when I tidied up my garden! Birmingham man discovers completely intact 18th Century Gothic folly made of SHEEP’S teeth and Oyster shells

By Andy Dolan for the Daily Mail

In the 25 years he has lived in his secluded suburban home, Jonathan Bostock paid scant attention to the folly at the bottom of his garden.

But when the company director began tidying up the undergrowth ahead of selling the six bedroom property, he was staggered to discover this gothic construction still standing proud underneath layers of ivy.

Decorated with oyster shells and sheep’s teeth and bones, the hidden folly is believed to date from the 18th Century – a time when a manor house stood on the site of his house just a mile outside of Birmingham city centre.

The back yard folly stands a mile and a half away from Perrott’s Folly on the other side of leafy Edgbaston, a seven-storey tower said to have inspired JRR Tolkien and which the Lord of the Rings author passed each day on his way to school.

Jonathan Bostock, 61, uncovered a gothic folly (above) buried under layers of ivy at the bottom of his garden in Birmingham when he began tidying the undergrowth 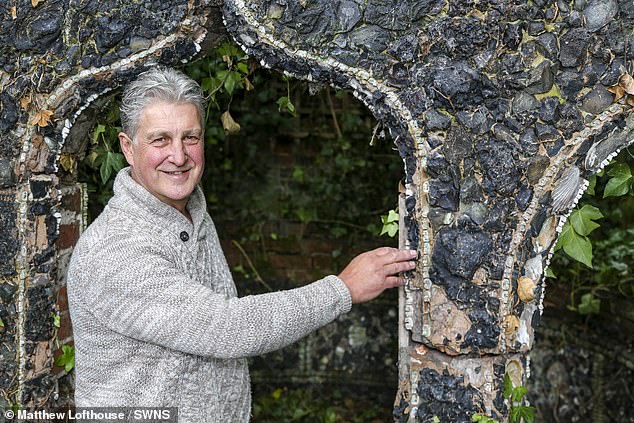 Mr Bostock (above) always knew of the existence of the structure, which was largely hidden in undergrowth at his home in Edgbaston

Mr Bostock said: ‘The garden is large and already feels a world away from the city but it is incredible to find a folly such as this tucked away just a mile from the city centre.

‘We always knew the folly was there but it was never advertised as a feature of the house when we bought it, and that part of the garden was already overgrown.

‘We did our best to stop nature encroaching further, but it was a losing battle and the folly ended up being covered in ivy.

‘I couldn’t believe the condition it was in when we stripped the undergrowth back.’

Referring to the teeth which line the insides of the entrance archways, the digital entrepreneur added: ‘I can’t believe they are still in place – and that they are still so white after all this time in the outdoors.’ 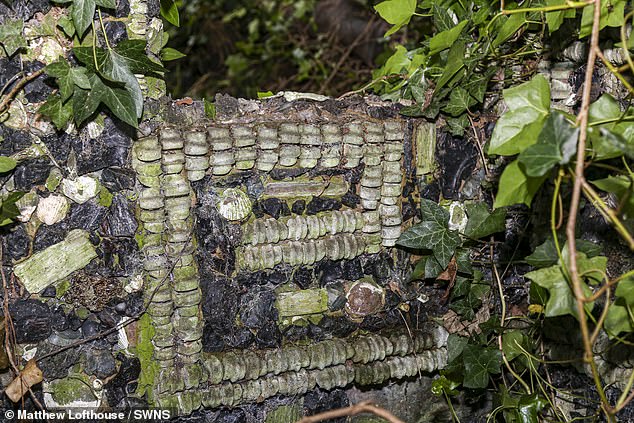 Decorated with oyster shells and sheep’s teeth and bones, the hidden folly (above) is believed to date from the 18th Century 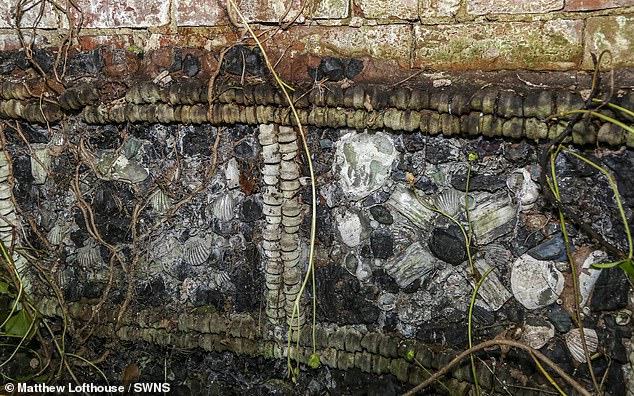 He tweeted about the folly at the weekend in an effort to find out how old and important it could be, and said he was ‘absolutely gobsmacked’ by the level of interest.

Mr Bostock, 61, and wife Deb, 57, have five grown-up children between them and are selling up in order to downsize.

He said the property is one of two substantial detached homes built 100 years ago on a one-acre site once occupied by a manor house.

Pam Smith, National Trust senior gardens adviser visited the 12ft by 12ft folly on Tuesday and said: ‘I’ve been in Birmingham 24 years and I think this is one of my best days. 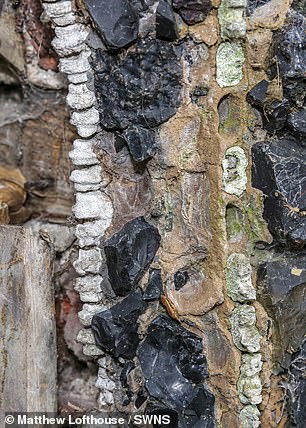 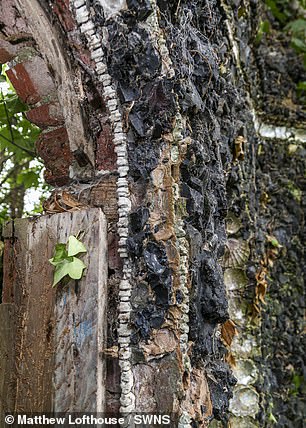 Mr Bostock about the folly at the weekend in an effort to find out how old and important it could be, and said he was ‘absolutely gobsmacked’ by the level of interest 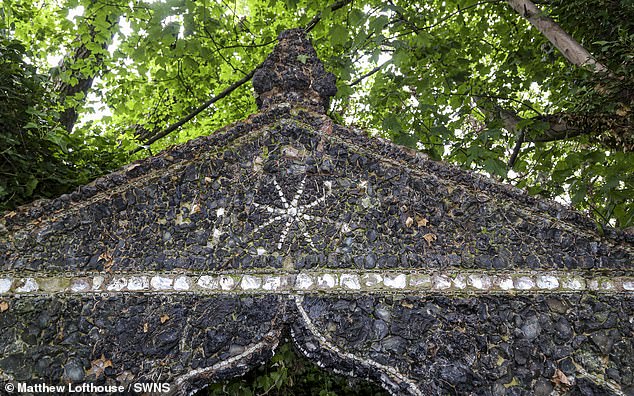 ‘It just a privilege to be some of the early people to see it in this state, because sometimes when things get restored, they lose a bit of romanticism.’

Follies were built for nothing more than decoration or bragging rights, and were popular in English gardens from the 1740s.

Mrs Smith believes Edgbaston’s hidden gem dates from a similar period, but said further investigation is needed as the art of creating follies continued into and after the Victorian era.