“Unprecedented” may have been overused in news stories this year, but no word better describes the events of 2020.

The coronavirus pandemic defined the year, claiming several hundred thousand American lives and wiping out millions of jobs. Huge sectors of the economy were shut down, flipping the real estate industry on its head and forcing developers, landlords and brokers to scramble. Covid exacerbated problems in brick-and-mortar retail, strained offices and housing in city centers and pushed the hospitality sector to the brink.

The year also saw mass civil unrest, perhaps the most divisive election in U.S. history and an unexpected stock-market boom. Read on for the biggest real estate stories from the most tumultuous year in recent memory.

The pandemic decimated the economy, leaving millions of Americans unemployed and unable to make rent and mortgage payments. Some local tenant groups orchestrated rent strikes. But by and large, government inserted itself between renters and landlords, and homeowners and lenders, to keep people in their homes. The situation has left some landlords, who have their own mortgages to pay, in a lurch. And despite unprecedented — there’s that word again — federal aid, critics say Washington has not done enough to help individuals or real estate businesses.

Covid accelerated consumers’ shift to online shopping and put countless stores, gyms, restaurants and bars out of business. Residential sales froze in major urban centers including New York and San Francisco, as many who could afford to leave cities fled to the suburbs and second-home markets.

Commercial transactions as well ground to a near halt for the better part of the year. The real estate industry brought its own workers back to the office, but it failed to inspire others as very few have followed suit. A full return is unlikely until the vaccine is widely available, and even then, work-from-home will surely not give up all of its gains.

Many employers are seeing the cost savings and recruiting benefits of remote work and have signaled they may reduce their physical footprints. Altogether, the change in consumers’, workers’ and employers’ preferences call into question whether some longtime real estate strategies have a place in a post-pandemic world. Will shoppers return to stores? Will workers reoccupy offices and expensive cities? Is the central business district dead?

But in the immediate, the pandemic forced the industry to adapt. Virtual home showings and closings were initially the only ways to get deals done, and are likely here to stay. As more Americans began shopping online, the industrial sector went from merely hot to smoking. Brokerages and other firms cut staff to preserve cash, struggling developers fought to keep projects and deals afloat, and businesses of all types were sucked into legal battles and in some cases bankruptcy. For many, it’s now sink or swim.

The election of Joe Biden marked an end to a wild four years, in which a developer from Queens seemingly broke every rule of presidential politics.

Though Donald Trump’s approach won him a diehard following, it alienated huge swaths of voters. And while his administration has been a mixed bag for real estate, anti-industry sentiment grew during Trump’s time in office and blue states pushed further to the left. The world seems immutably changed from when Trump was elected in 2016.

Real estate executives by and large saw an ally in the Oval Office, but in the months leading up to November, more began donating to Biden — perhaps sensing his win or seeking a different response to the pandemic.

Though it’s not clear what, besides Covid, Biden will prioritize first, the president-elect has pledged to change some Trump-era policies that have a direct impact on real estate. He has promised to reinstate the Affirmatively Furthering Fair Housing rule, which Trump repealed in July because he said low-income housing would destroy the “Suburban Lifestyle Dream.” Biden also has his eye on adding reporting requirements to the Opportunity Zone tax break and changing who is eligible to use 1031 exchanges.

A promise for reform

But some demonstrations devolved into vandalism and looting, while police were called out for brutalizing protesters. That put the industry in an awkward position. Developers, brokers, bankers and attorneys have long provided political and financial backing to the New York Police Department. The looting led some in the industry to double down on their support for law enforcement while others broke rank.

Floyd’s death and the ensuing unrest prompted the industry to reflect on what it could do to address structural racism, not to mention its own well-documented diversity problem. Executives from Douglas Elliman wrote to agents and staffers in June, “Our hope is that we channel our deep anger, frustration and despair into collective and production action.” Corcoran Group CEO Pam Liebman said, “The murder of George Floyd is an abomination. It’s more unwelcome evidence — as if we needed it — of a specter that’s haunted this country for four hundred years.”

The Black Lives Matter protests also inspired some agents and staffers to speak out about issues and incidents at their own firms.

It was a stark contrast to the industry’s silence when Trump hesitated to condemn white supremacist and neo-Nazi violence in Charlottesville, Virginia, in 2017.

This time, the industry promised more than “just lip service.”

“I’m heartbroken that all this pain we’re feeling, all of the energy being generated, all of the moral clarity that a moment like this creates — might still not lead to enough change,” Compass CEO Robert Reffkin wrote to his firm in June. “I know how rare it is to feel this much momentum on something so important, and how easy it is for the moment to slip away or get out of control.”

In the biggest year for IPOs since 2007, proptech got in on the action.

U.S. equities made a major comeback from a pandemic-induced plunge, with investors bullish on tech companies in particular — a result of the work-from-home boom.

While Airbnb’s public offering was the most high-profile real estate IPO of the year, its traditional listing was a rare sight in 2020. Other firms gravitated toward blank-check companies, also known as special-purpose acquisition companies or SPACs, in the hopes of leaving less money on the table. (Airbnb shares soared 113 percent on its first day of trading. Had its bankers priced its shares higher, it theoretically could have raised an additional $4 billion.)

SPACs, which were a popular way to go public in the 1980s, have no underlying assets. They raise money from investors to acquire and take a target company public down the line. They negotiate share price ahead of an IPO, unlike traditional offerings, where bankers pick an initial stock price based on perceived interest from investors — and perhaps a desire to reward favored clients.

Instant-homebuying startup Opendoor and home-services software company Porch.com took that route. Both went public in December and saw their valuations soar to $18 billion and $1 billion, respectively.

There’s more to come in 2021, as residential brokerage Compass lays the groundwork for its own offering. And SoFi, an online lender also backed by SoftBank, is eyeing a SPAC deal. 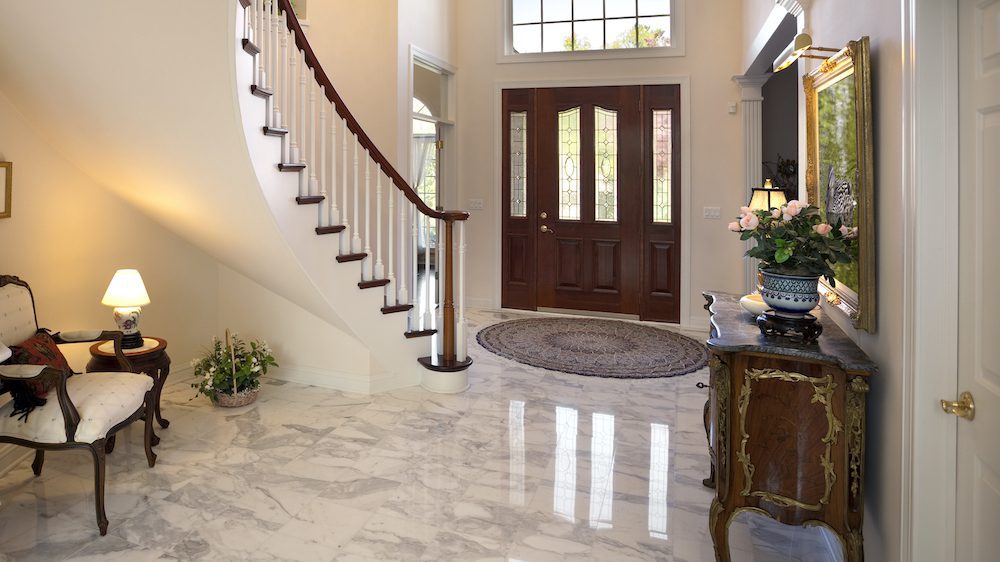 Previous post How To Design Around Curved Walls, Odd Angles, or Other Tricky Spots