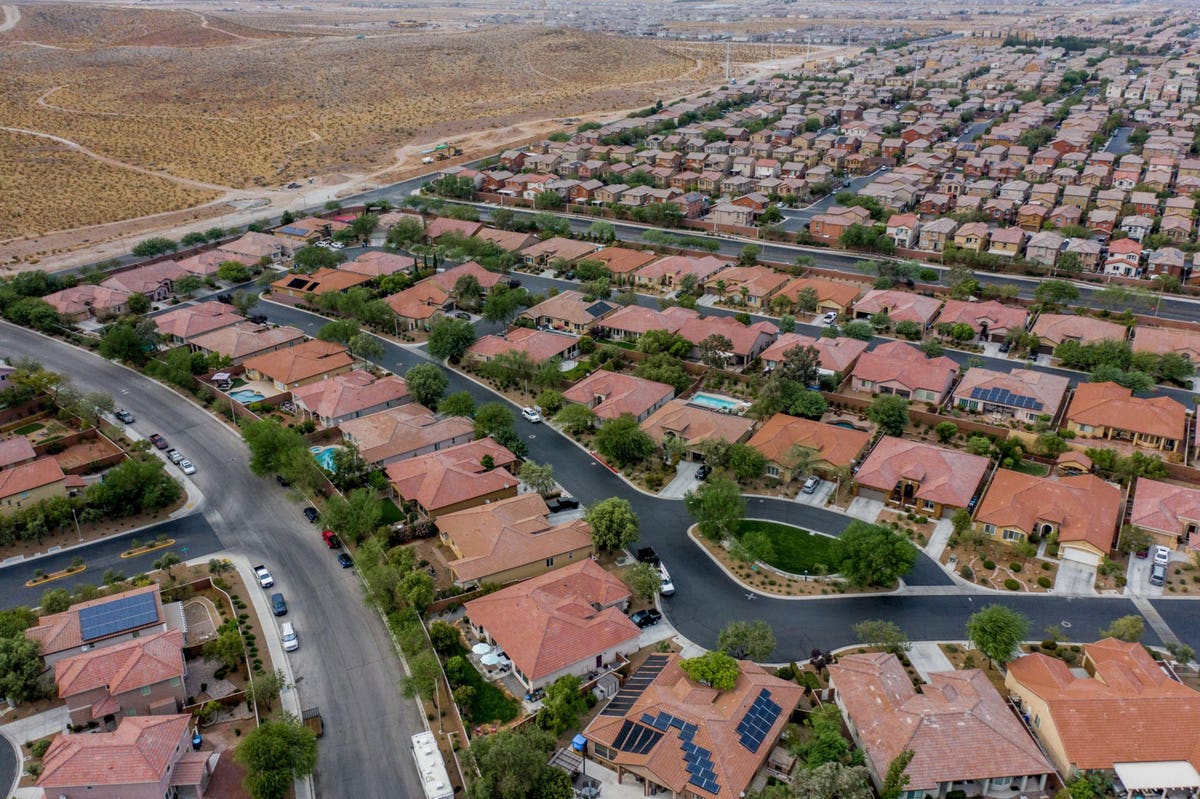 Las Vegas home prices have reached all-time highs during the pandemic. This is has happened despite an unprecedented pandemic-related recession, with an unemployment rate that reached an all-time high of 34.2{911ea05452e114f1778c76ca86733b6032c246f8f651bb1f01d12abf04b54efb} and still sits at roughly double the national average.

While housing has grown more unaffordable for most over the past year, it’s luxury Vegas real estate that has been driving the market.

Luxury and “uber luxury” real estate. “Las Vegas and Southern Nevada has not only blown away records on its luxury market for 2020 that are up 38 percent for $1 million and above,” according to Mashvisor, “but the uber-luxury market of $4 million-plus has hit heights never seen before in the valley and doubled its performance from 2019.”

In December alone, according to the Multiple Listing Service cited in the Las Vegas Review-Journal, 129 homes priced $1 million and above changed hands in Southern Nevada, which includes the Vegas Valley as well as the smaller cities of Pahrump, Boulder City, and Mesquite. These are often second, third, or fourth homes for wealthy, often international investors that may get rented out or stay vacant much of the year.

“Because these house price trends do not match the current economic climate in Las Vegas, which continues to struggle, this price growth is not sustainable,” writes Mashvisor, a real estate analytics firm. “So it’s very likely that home prices will drop in the Las Vegas real estate market in 2021.”

Real estate prices continue to climb, according to CBER. Existing home sales were up, but new sales went down from the month before and year-over-year (from October).

Las Vegas: unique factors. Keep in mind that Las Vegas, because of its reliance on tourism and construction, tends to have one of the most volatile economies in the US. But Sin City’s cost of living is much lower than most major cities – nearly half the cost of living as San Francisco, for example. Nevada also has no state income tax and low property taxes – ranking in the top ten, according to William Margita at Berkshire Hathaway Home Services in Las Vegas. It also has a favorable climate, with mild winters balancing out long hot summers. And Vegas has so much to do in and around The Strip, as well as being a unique major city surrounded on all sides by the great outdoors. “Why are we doing so well?” Margita writes. “We’re affordable. We give a better lifestyle for the money and we still have everything that makes Las Vegas.”

Las Vegas is also unique, being in the middle of the vast Mojave Desert, in that it is not “built out” like New York, San Francisco, or other geographically circumscribed urban areas. The Vegas Valley, which includes Vegas, North Las Vegas, Henderson, and unincorporated communities, has more undeveloped land available from in-fill and the Bureau of Land Management to subdivide and create homes. This can put an upward brake on home prices – but a rush of new developments can create a glut of inventory and massive price crash, as it did during the Great Recession when home prices crashed over 60 percent.

At the same time, because summers are hot and land has been historically cheap, people build and buy bigger houses here. Just don’t expect a lawn due to water conservation measures.

Note on Commercial real estate. Vegas, like other cities, is seeing a shift in commercial uses as brick-and-mortar stores and commercial offices already declining in use, accelerated trend during pandemic.