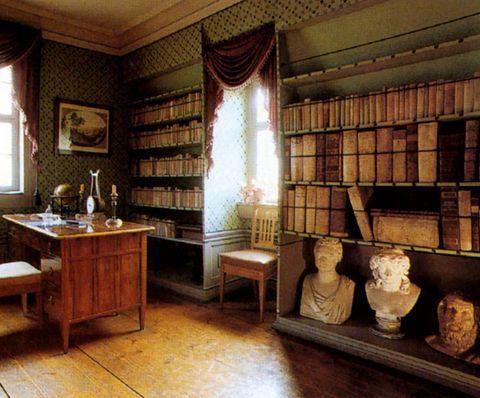 This story originally appeared in the March 1994 issue of ELLE DECOR. For more stories from our archive, subscribe to ELLE DECOR All Access.

In the beginning was the word: words engraved on clay tablets, inscribed on papyrus and vellum scrolls, written on parchment, and, by 1455, thanks to Johannes Gutenberg’s invention of moveable type, printed on paper. Today, while it sometimes seems that electronics have taken over, Barnes & Noble continues to build superstores from coast to coast. We haven’t lost our love of books, and one of our favorite rooms is the library. For a lot of us, though, a single room devoted to books is just not enough. Joan Didion reports: “There are books in every room of our house. Fiction and poetry and shelved alphabetically. Books on American politics and history are shelved in some kind of rough chronology—by administration or in some cases by war (Vietnam and the Second World War).

“We shelve some books,” says Didion, “according to no basis other than their having been in a certain room in a house where we no longer live—‘It was in the upstairs sitting room in Brentwood,’ say, translates into ‘Look first in my office.’ In what is according to the floor plan of this apartment the dining room, there are a lot of reference books—a full set of the Oxford English Dictionary, various editions of Who’s Who, and so forth. There is in this room a big glass-topped garden table where my husband [the writer John Gregory Dunne] and I can spread out heavy books and just leave them. Since we work at home, the need for having books here is obvious, but we never, no matter where we are, no matter how many new shelves we build, have enough space. It has occurred to me that if we could move into the Society Library on East 79th we might have enough space. For a while.”

“Books—and the more the better—are the greatest asset to any room,” Billy Baldwin wrote in his 1972 book, Bill Baldwin Decorates. “There isn’t a room in the house—including the bathroom—where books aren’t first-class decoration.” You can line an entrance hall with floor-to-ceiling shelves; put a bookcase in a guest room; turn a den, a bedroom, or a dining room into a library. For Cole Porter’s study, Baldwin designed open tubular-brass bookcases with ebony shelves, which he also used in his own apartment. But he stressed that you don’t have to spend a fortune on bookshelves. Anything goes—glass, metal, oak, pine. The books are the thing. 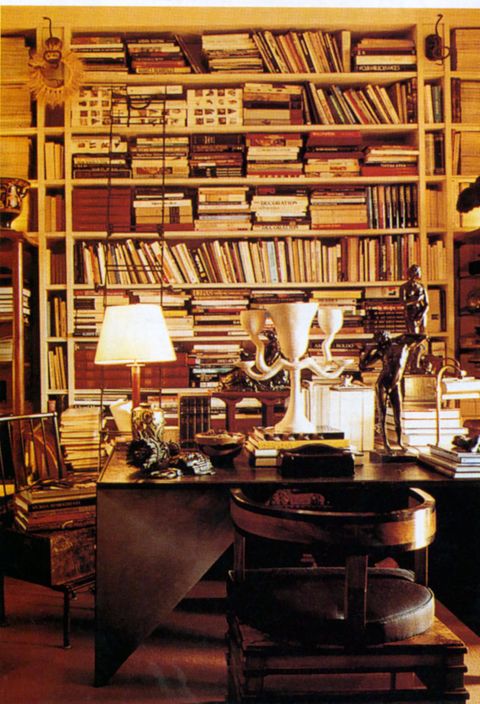 In his Paris apartment, in front of shelves jammed with books, designer Jacques Grange has an iron-and-slate desk that bears a Diego Giacometti lamp designed for Jean-Michel Frank.

We agree. Architect Pietro Cicognani, of Cicognani Kalla Architects in New York, encourages all his clients to build libraries. “They tell you something about the people who live in the house. The message is, ‘These are people who think, who have interesting lives and discuss interesting things.’ I love the idea of a sweep of books lining a rounded wall, like a gigantic circular reading room in the Stockholm Public Library. We like windows high up in the walls, both for their natural light and the sense of time you get from noting the sun’s passing. You need a place to sit and work, but ideally, I’d have a little study with a daybed next to my books.”

“Books—and the more the better—are the greatest asset to any room.”

Robert Dripps and his wife, Lucia Phinney, both professors of architecture at the University of Virginia, find that the two-story library they added to their house at the foot of Afton Mountain is the center of their world. On a day too splendid to stay indoors, they can step through the French doors and read on the porch (take your pick: upstairs or downstairs) overlooking a garden: “We’re slightly idiosyncratic, I suppose. We haven’t got a TV. Our world has to do with conversation and reading,” says Dripps. Along with books on architectural theory and practice, gardens, and cities, their library is the repository of family treasures: Dripps’s grandfather’s European architecture books, another grandfather’s collection of first editions by American poets and novelists, a Thomas Jefferson letter. Their eight-year-old son Lionel’s books are stashed on the second floor, near his bedroom. The family discovered the joy of eating in the library when they were renovating the kitchen; now, they dine there once a week. “Visitors tell us they could spend the rest of their lives in this room.”

When writer A.M. Homes’s books threaten to take over her apartment, she packs up a carton and ships it off to her childhood home in Chevy Chase, Maryland, where there’s more room. “They overflow the shelves. They’re all over the floor. Piled up, they become furniture—footrests, coffee tables. I make sure the spines are visible so I know what I’ve got,” she says. When she walks into a room, the first thing she does is check the books. “You see things,” she reflects. “Books tell you more about their owners’ personalities than the owners do.” 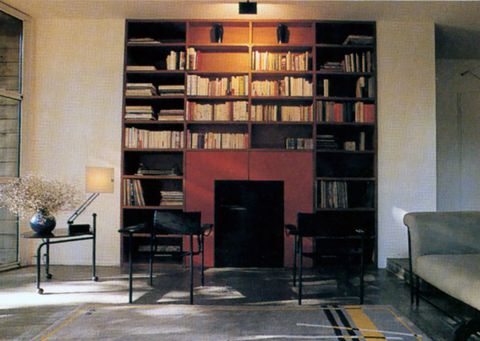 Near Paris, architects Monica Donati and Felix Dubour have built bookcases out of varnished plywood.

Judith Joseph, president and CEO of Rizzoli International, stores any excess in her mother’s attic. “We have built-in shelves in the family room and more in my daughter’s room; her collection is beginning to rival ours. Now we’re discussing putting shelves in the living room. Our library’s eclectic—fiction, poetry, my Riverside editions from graduate school, books on parenting, books I’ve published about which I have strong feelings. They give comfort. They provide a window onto memories.”

Robert Silvers, editor of The New York Review of Books, often works at home, surrounded by books. “When I see pictures of people’s apartments in magazines, I often wonder where the books are,” he says. In his sitting room, where he works at a cloth-covered square table, bookshelves wrap around three of the four walls, filled with dictionaries, poetry, the hundred-plus Pléiade edition of French classics, sets of Dickens, Shakespeare, and Henry James, and at least 30 volumes of the Library of America. Silvers thinks twice before adding a new book: “The test is, will I want to return to it?” he says.

At Monticello, Thomas Jefferson’s “book room” nearly adjoins the master bedroom. In 1815, the federal government purchased his entire collection, over 6,000 books, which served as the nucleus of the Library of Congress. He immediately set to work amassing another library. “I cannot live without books,” Jefferson wrote to John Adams. Nor can we.

A Tour of Some of ELLE DECOR’s Greatest Home Libraries 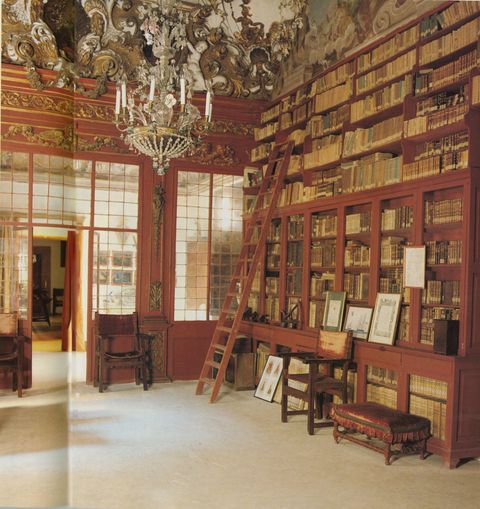 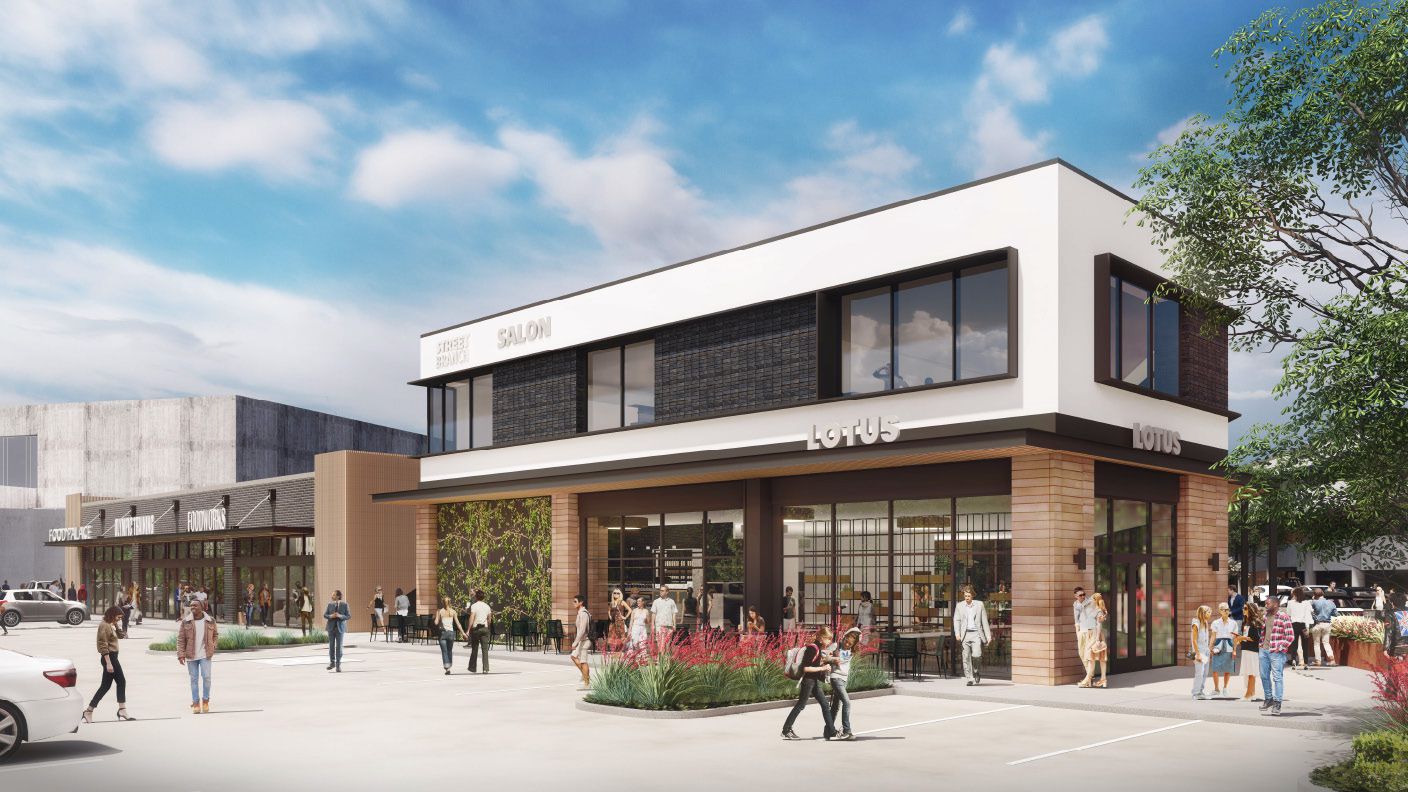