For Michael Oscapinski, Christmas is the greatest time of year. He has spent much of his life collecting unique decorations, many vintage and all with personal meaning. When he bought his rowhouse in Pennsport in 2011, his first priority was visualizing where his ornaments, figurines, candles, and gnomes would shine. Though the 3,000-square-foot, two-story home built in 1921 needed a major cosmetic do-over, it fit his collection perfectly.

The previous owners were Portuguese stonemasons who had tiled the dining room from floor to ceiling in a gaudy pattern and painted much of the house pink, Oscapinski said. Every room — including the bathrooms — had a chandelier. His partner, Mitch Mednick, was skeptical but Oscapinski could see past the décor.

As a retired florist who had spent 30 years making things beautiful, he had a vision for the three-bedroom, 2½-bathroom rowhouse. Oscapinski also couldn’t resist the home’s detached garage, large basement, and backyard courtyard featuring a walk-up deck. Most importantly, he could visualize where he’d set up his dozen or more trees, angels, candles, and the rest of his Christmas decoration collection.

“I wanted a mantle and I could see exactly where the tree was going to go,” he said. “When we moved in I had an extra outlet put in on the side of the house and added electricity on the deck for Christmas lights.”

His eight-foot tree — artificial so it will last from early November to Epiphany Day on Jan. 6 — fits perfectly in the living room. He rotates his assortment of more than 1,500 ornaments annually, and this year opted for a colorful mix of his favorite things. Handmade ornaments, like the pipe-cleaner candy cane his niece lovingly made, overlap with vintage “knee-hugger” elves and hand-painted Polish ornaments.

At least a dozen other trees fit onto shelves and in nooks and crannies throughout the house. These include a small tree with colorful bubble lights, gold trees from the 1900s, and one in silver tinsel with colorful discs. Across the room, his beloved mantle features crescent moon candelabras and sparkly gold reindeer surrounded by the greenery Oscapinski meticulously arranged.

A Christmas village sits upon the dining room credenza, featuring porcelain figurines, valuable in that only 100 of each collectible was made. Lovely floral garland climbs the banister to the second floor where small trees and figurines grace each room.

His most prized possession is a picture, taken around 1960, of him and his brothers sitting on the lap of Santa, who happened to be his Uncle Tom. Oscapinski is especially fond of the Holt Howard porcelain angels his mother bought in the ‘40s.

His love for a festively decorated Christmas started in childhood, passed down from his parents.

“My mother was huge for Christmas, but so was my father, a rough and gruff guy who couldn’t wait to get the Christmas tree up because he loved the lights,” recalled Oscapinski. “And I liked anything shiny.”

He’s been collecting decorations since he was in his 20s, seeking out vintage, fun, and unusual pieces from estate sales, flea markets, eBay, and Etsy. He takes pride in securing great finds without spending a lot on each item, though he admits to spending $8,000 or $10,000 over the years. He also knows they have appreciated in value, both monetary and sentimental.

“They are all priceless to me because they’re memories,” he said.

The front of the house and courtyard are also tastefully decorated. His current dilemma is that yellow replacement lights for the candoliers from the ‘40s in his front windows are no longer available.

Each January, Oscapinski lovingly wraps each ornament in acid-free tissue paper and stores them in bins in the basement. That’s when he starts dreaming about Christmas next year.

Is your house a Haven? Nominate your home by email (and send some digital photographs) at [email protected] 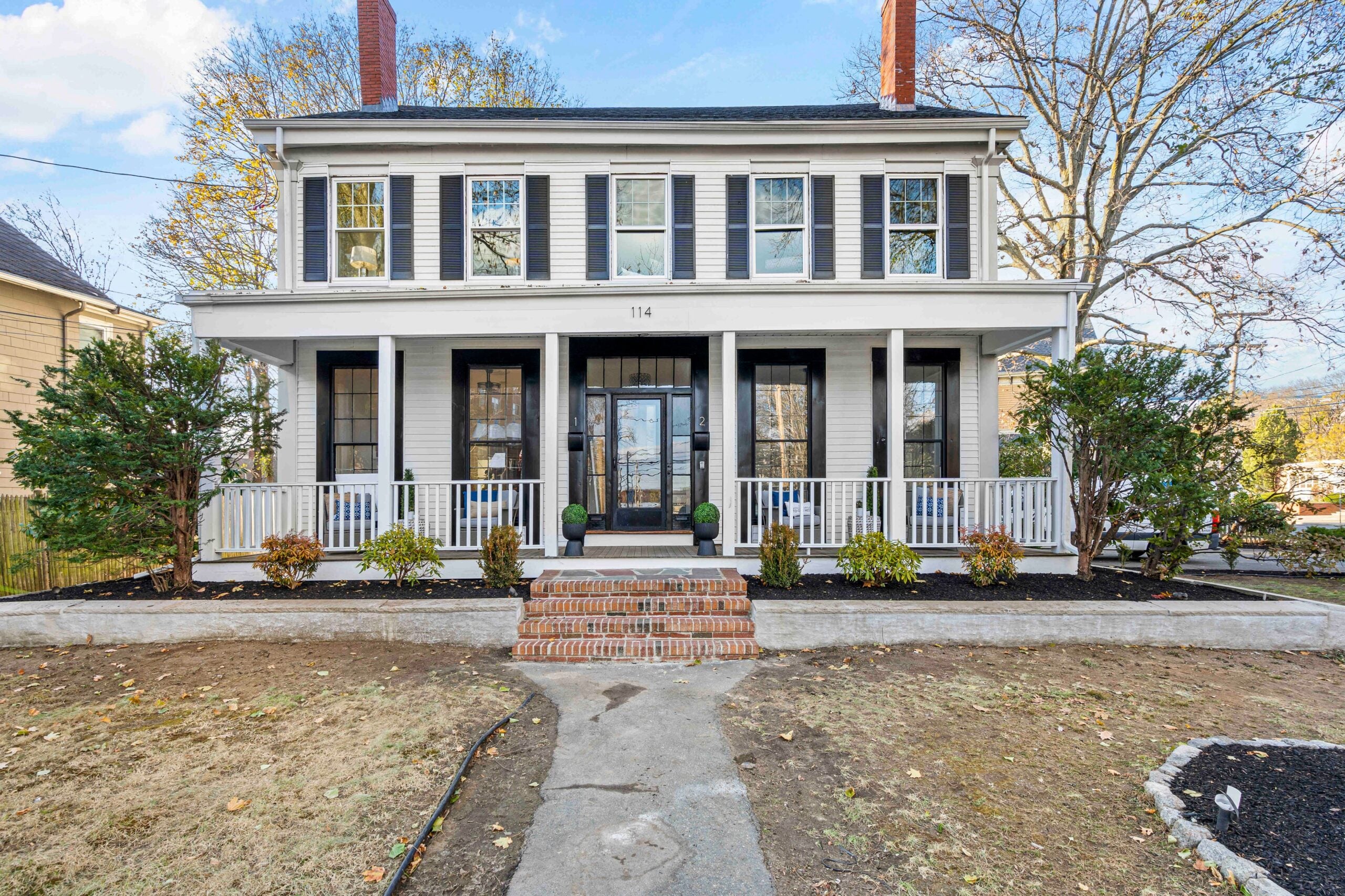 Next post Melrose condo near library is a real page-turner