“What you focus on, you create.”

The illuminated sign hangs over a floating television as the sole wall decoration in the open living room. Large windows encase the area with natural light, and the white, black, angles and lines give a clean, modern feel that’s inviting all at the same time. This is exactly what owner Daniel McKibbin and his boyfriend, Lorne Rodriguez, are going for.

“The house, from a distance, looks super modern, but when you step in, you see how it’s more comfortable,” Rodriguez said. “It’s not minimalism; the personality comes out in the few things we have. The structure itself is so cool, why fill it with decoration?”

“The house itself is the decoration,” McKibbin added.

The newly built modern home on West Newberry Road, just east of Tioga, has attracted a lot of attention from architectural aficionados and from regular passersby. Facing that busy road, Gainesville residents had a front-row seat to the home’s construction over many months.

“Several people stop by every week to ask who the builder was,” said McKibbin, who took on a lot of the construction himself. “Maybe someone will make me a good enough offer to move someday, but I’d like to live here for a while because this was a lot of work.”

McKibbin is not a stranger to building and construction. His father specialized in commercial construction, and he says he’s been on work sites since the age of 8. He has a home in Micanopy and is building out two more in a contemporary style in the town. He’s also expanding his Mode Salon businesses to include a third location in Butler Plaza, which will be two stories and much bigger than his current salons.

In addition to all of this, McKibbin made waves a few years ago when he built a tiny house, where he lived for a couple of years. The contrast in living space is remarkable, he says.

“You definitely have to be very well organized in a tiny house. The place looked messy all the time,” McKibbin said. “Here, we have plenty of space to put things, but we also have so much to clean. It can be daunting.”

The new home has three bedrooms and two and a half bathrooms in its 2,700 square feet, with another 1,500 square feet of porches and decks to enjoy the Florida sun.

“In Florida, we have such beautiful weather that the house should be focused on the outdoors,” McKibbin said. “You can bring the outside in.”

The home has marble floors and embedded lighting not typically found in the United States. In fact, they are so rare that McKibbin had to install them himself.

“Embedded lights in the walls are very big in Europe, but no one here does it, so I had to figure it out myself,” he said. “Making those 90-degree angles was actually really difficult.”

The furniture acts as the home’s decorations, with a large cypress dining room table made from one entire tree length stealing the show in the kitchen and dining areas. Clear plastic chairs give the room an even larger feel, and the sliding glass doors open entirely so that on nice days the house is warmed by the natural sun and cooled by the breeze. Intricate detail in the bathrooms give off an angled, linear and intentional feel.

The project started serendipitously. McKibbin had a lot on Williston Road he was about to start developing, and days before they broke ground, the Newberry Road lot went up for sale. He called and bought it the same day. At the same time, he received an offer for the other lot. But with the pandemic, there were roadblocks and delays.

“It was a nightmare. We started everything, and then with the pandemic, we didn’t want anyone coming in and out of our space. We ended up buying a lot of our furniture online.”

COVID-19 was not the only health scare the couple had to overcome. McKibbin had two heart attacks last year, just months after moving in.

“I went out to eat with my parents, and I came home and thought I had food poisoning. My back was hurting really bad, I had indigestion and nausea,” he said.

“When that happened, I realized that I tend to take on more than I have to, and I need to slow down and do less, and rely on people more,” he said.

“It was a wakeup call for everyone in his life because he is such an integral part of their lives,” Rodriguez said. “I didn’t know the gravity of his life until I started dating him.”

While McKibbin may be slowing down, he’s not stopping anytime soon. He plans on continuing to design and build in the coming years, all while enjoying his new home. 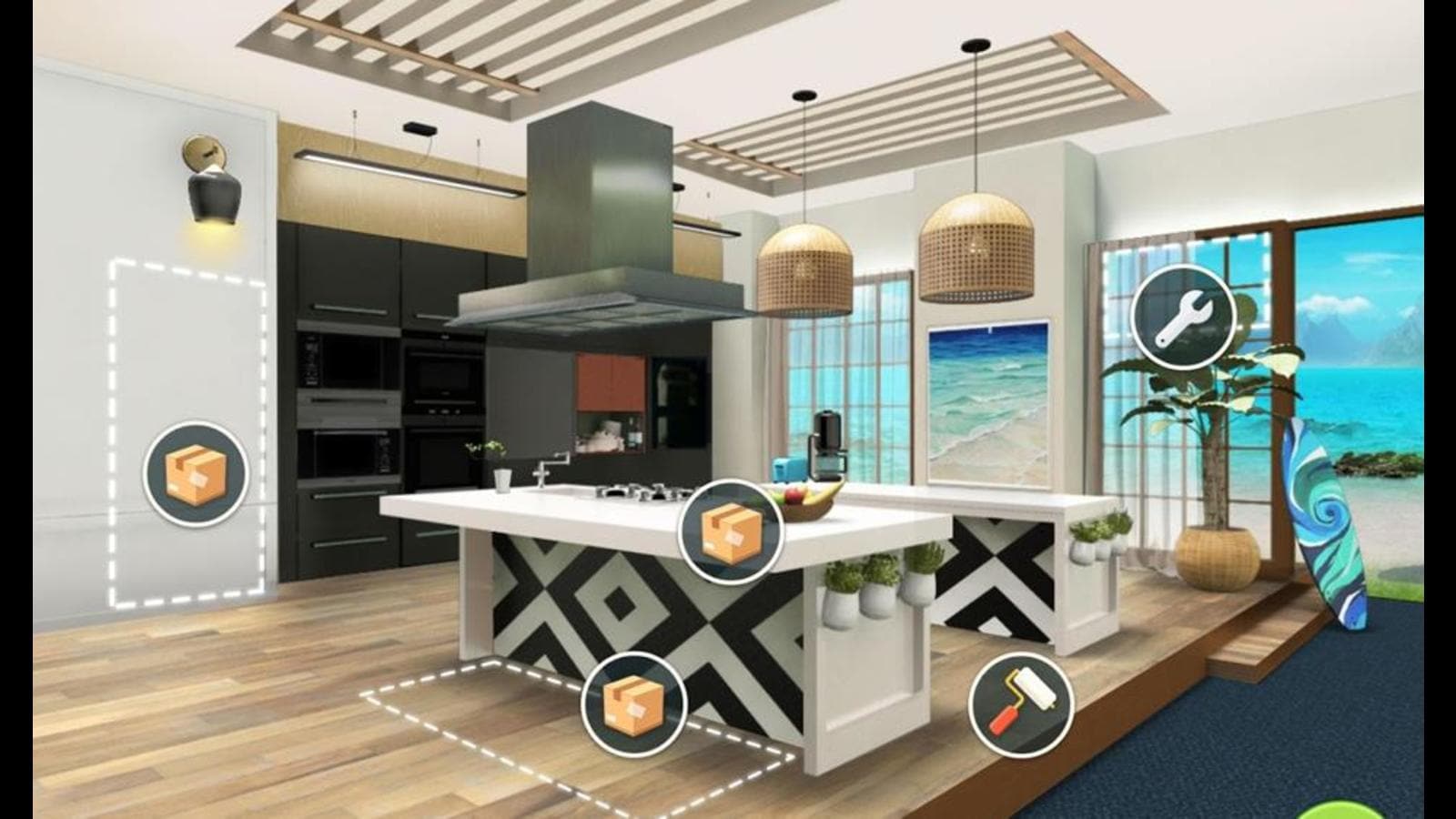 Next post The virtual, vicarious pleasures of home-decor games

Designing a “warm” home is a common obsession for decorators and interior designers. But with the uncertainty of the energy bills and the arrival of the colder months, that warmth ceases to be an abstract concept; we actually need our house to be warmer and to remain that way for longer. And even if the […]

Too many decorations, not enough space. It’s a tale as old as time. November rolls around and you frantically hit...

Fairy lights twinkling in the backyard. Family and friends laughing around the table. The aroma of a delicious home-cooked or...