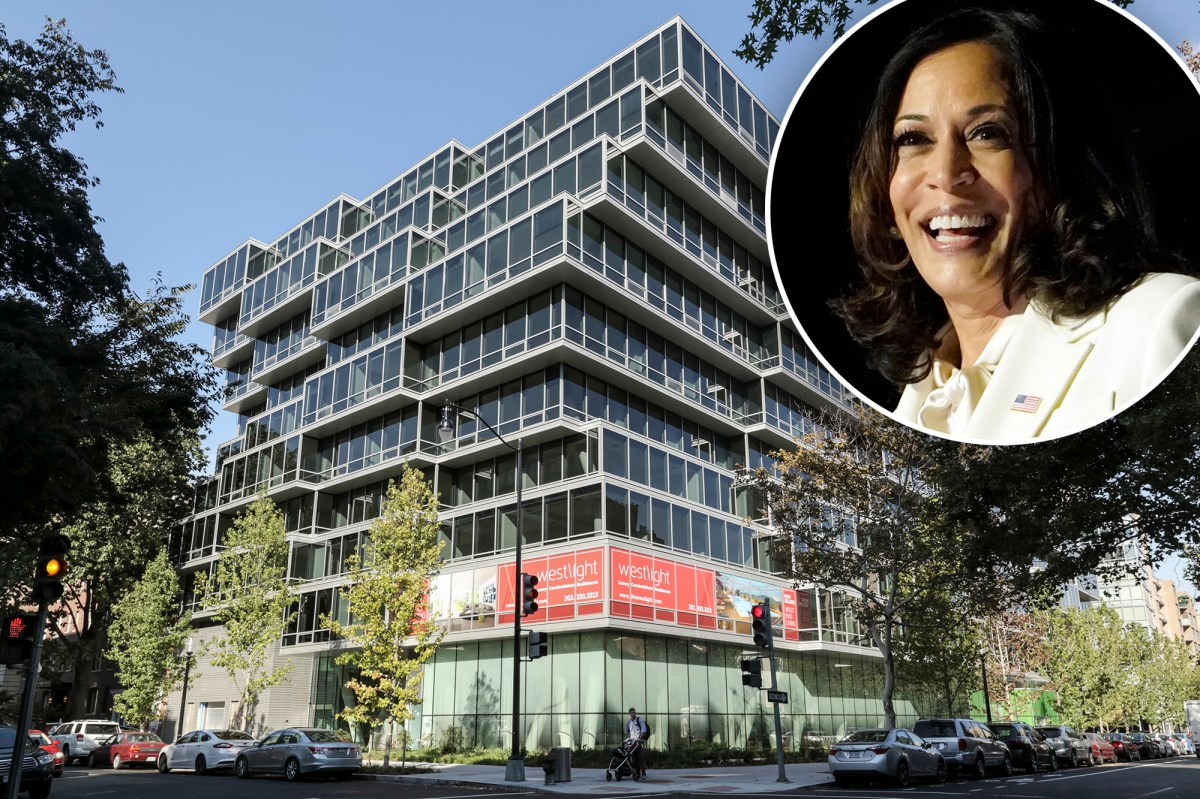 But the official residence of the vice president is a bit of a step down from the couple’s $8 million real estate portfolio.

Their new residence at 1 Observatory Circle is a six-bedroom house built in 1893. Since it was designated the official residence of the vice president in 1974, the house has undergone millions in renovations, over half of them when Al Gore moved in in 1993.

The property is filled with history, with studio pottery by Joan Mondale (the first second lady to live there), indigenous trees and shrubs planted by the Gores and a tree plaque installed by Biden, reading “Joe loves Jill, Valentine’s Day 2010.” The house even has a horseshoe pit and quarter-mile jogging track installed by George H.W. Bush.

But Harris has more glamorous homes strewn across the country, from California to DC.

Harris’ husband bought this 3,500-square-foot house in 2012 (two years before he and Harris married) for $2.8 million. He has since put 435 N. Kenter Ave. under an LLC of which Harris is a trustee. The house is valued at nearly $5.2 million.

The home, with four bedrooms and four-and-a-half bathrooms, was built in 1948 on a one-third-acre lot. Fans haven’t seen much of Harris’ Brentwood house, except a peek at a messy kitchen with gray drawers, gray cabinets and a white countertop, a recent Instagram post showed.

Harris owns a 1,700-square-foot condo at the Westlight condominium. The unit has two bedrooms and presumably two bathrooms, mirroring the layout of similar units in the building, according to the Westlight website.

The condominium has floor-to-ceiling windows and access to high-scale amenities, including a dog-washing station, a heated rooftop pool, a rooftop grilling terrace, a club with catered kitchen and a gym furnished with Pelotons.

The 71-unit condominium lobbies itself as a “quiet sanctuary in the heart of the city” — and with HEPA non-circulated air filtration and sound-dampening windows, it delivers. To help residents relax as they walk in the building, the lobby has a 50-foot living green wall and a lighting sculpture by artist Ingo Maurer, who has collections at the Metropolitan Museum of Art, according to the Westlight website.

Harris bought this loft-style apartment while district attorney of San Francisco in 2004 for just $489,000 — it has since nearly doubled in value, now worth $890,000. The 1,000-square-foot home is about a mile’s walk from the San Francisco Superior Courthouse, according to the Wall Street Journal.

It was given a $21,000 facelift by bold interior designer Ken Fulk in 2013, which included kitchen and living room renovations and new furnishings. The originally free design advice landed her in an ethics inquiry, which she resolved by paying for Fulk’s services, according to the San Francisco Chronicle.

Fulk is known for pairing modern with vintage looks. He most recently designed rooms for the Austin, Texas, resort Commodore Perry Estate.