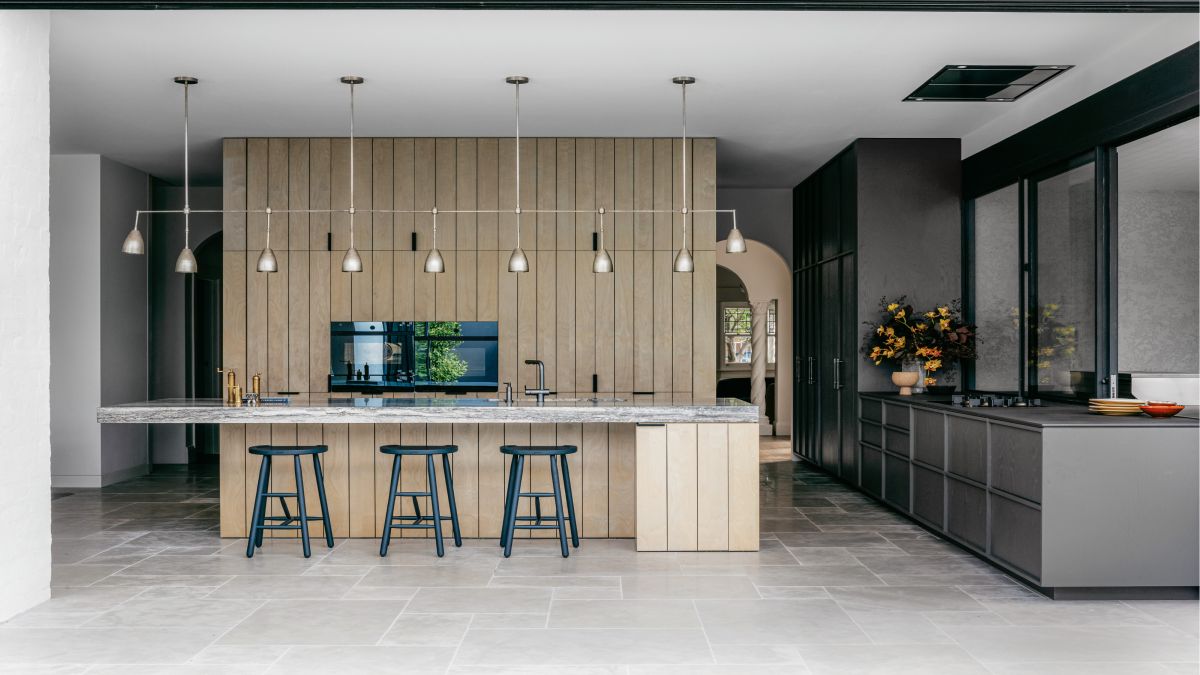 The feel-good vibe of Glenn and Susanna’s modern home, located in an elegant coastal suburb of Melbourne, is evident the minute you walk through their front door.

‘They really wanted a home that was not only functional for a family of six but one where they could entertain and really let their hair down too,’ says Kathryn Robson, founder of Robson Rak, the architectural and interior design practice she runs with her husband Chris Rak with whom Glenn and Susanna collaborated on the transformation of their 1920’s Spanish Mission style house. Let’s step inside…

When Glenn and Susannah first bought the property – drawn to its ‘slightly quirky style, different to what you would see on the street otherwise,’ says Kathryn – they had ended up living largely in the front two or three rooms of the house because ‘the back of the house was a dysfunctional array of small rooms full of boxes,’ she adds.

Combining the desire for quality family time and easy entertaining with friends, while respecting the architectural history of the house, informed every design decision.

The beautiful Art Deco style front rooms, both upstairs and down, were fully restored and the warren of unused spaces at the back were torn down, replaced with a large open plan living, cooking and entertaining space on the ground floor, and five bedrooms were created across the entirety of the first floor, Kathryn explains.

The banquette not only speaks to the history of the house but has been sturdily reinforced for dancing, and even jumping.

As you move from front to back, the design details purposely evolve to feel less ornate.

From passing through cool, calm whitewashed rooms – where original mouldings have been restored and spiral columns mark arched doorways – as you emerge into the kitchen, there is a ‘different design language,’ says Chris of the sleek pinstriped joinery and the full-height glass atrium housing the light, airy informal living space.

Chris introduced subtle texture into the kitchen with silvery-hued limestone and overhead lighting with a brushed patina.

Travertine worktops and limestone floors were chosen specifically to survive ‘the occasional brick being thrown at them,’ Kathryn says.

Here, detail lies not in decoration but through the use of ‘warm, honest materials like grainy wood, tumbled stone and burnished brass,’ Kathryn adds. A demand for material rigor – crucial for surviving the rough and tumble of four young children – can also be found in more subtle ways, such as the impressive amounts of steel.

There, ready and welcoming in the entrance hall, is a fully functioning speakeasy-style bar, complete with curated wine lists and cocktail shakers.

‘The bar is actually a great use of the wide entrance hall which might otherwise have been a dead space,’ says Kathryn.

The existing staircase was replaced with one especially designed to accommodate the bar crafted from brass, glass and stone.

Soft layers of wool, linen and hand plastered walls create an oasis of calm in the main bedroom.

The purplish tones of the stained glass in the bathroom inspired the use of marble slabs, with similarly coloured veins, to line the vanity unit and walls.

‘We like to create homes where there’s no definitive line between old and new,’ says Kathryn of the way the house seamlessly transitions from formal to informal, historical to modern. 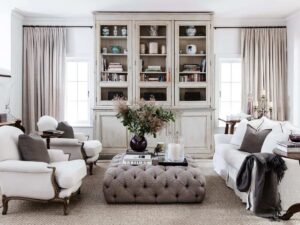 Previous post 6 Tips for Decorating in a Contemporary Environment 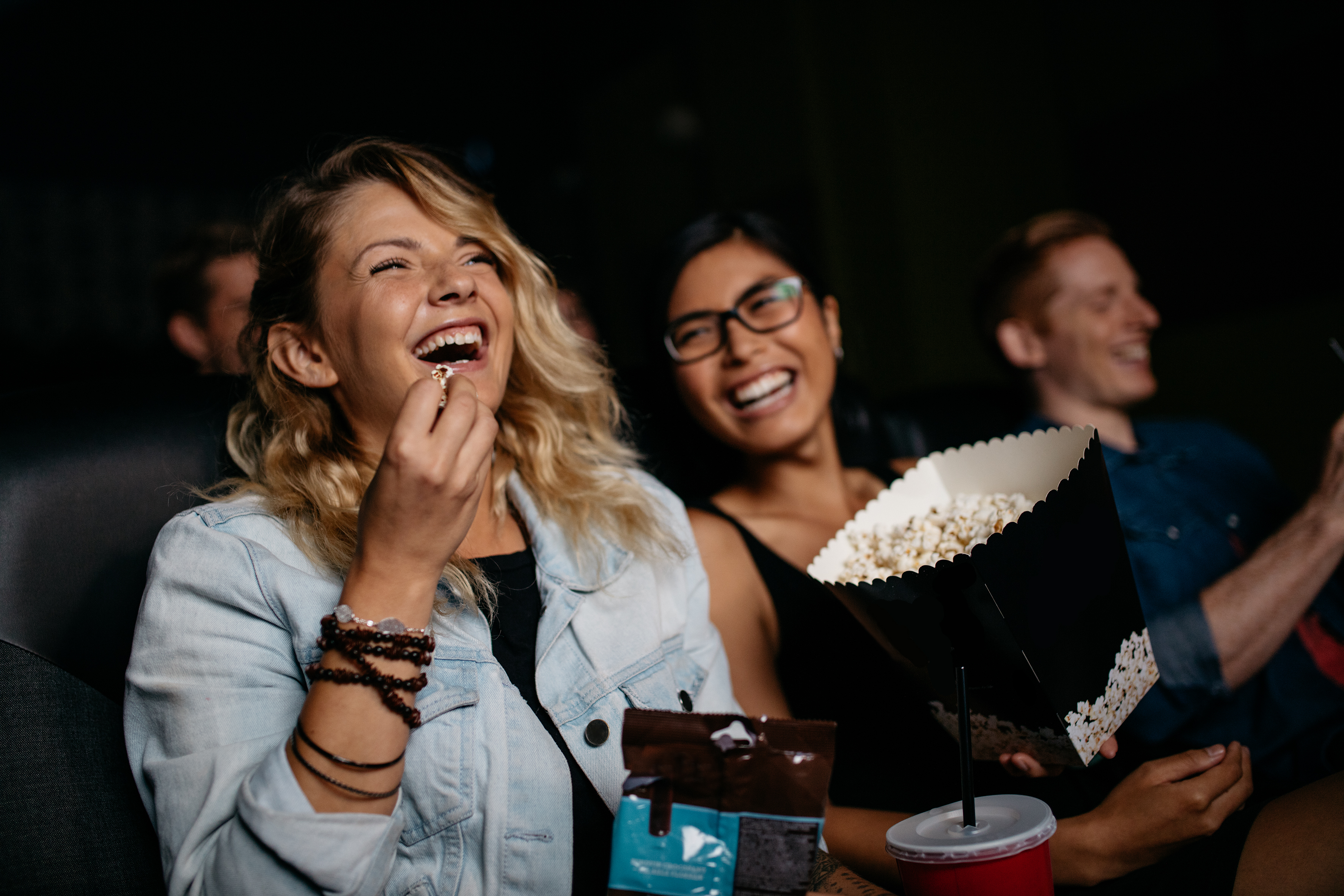