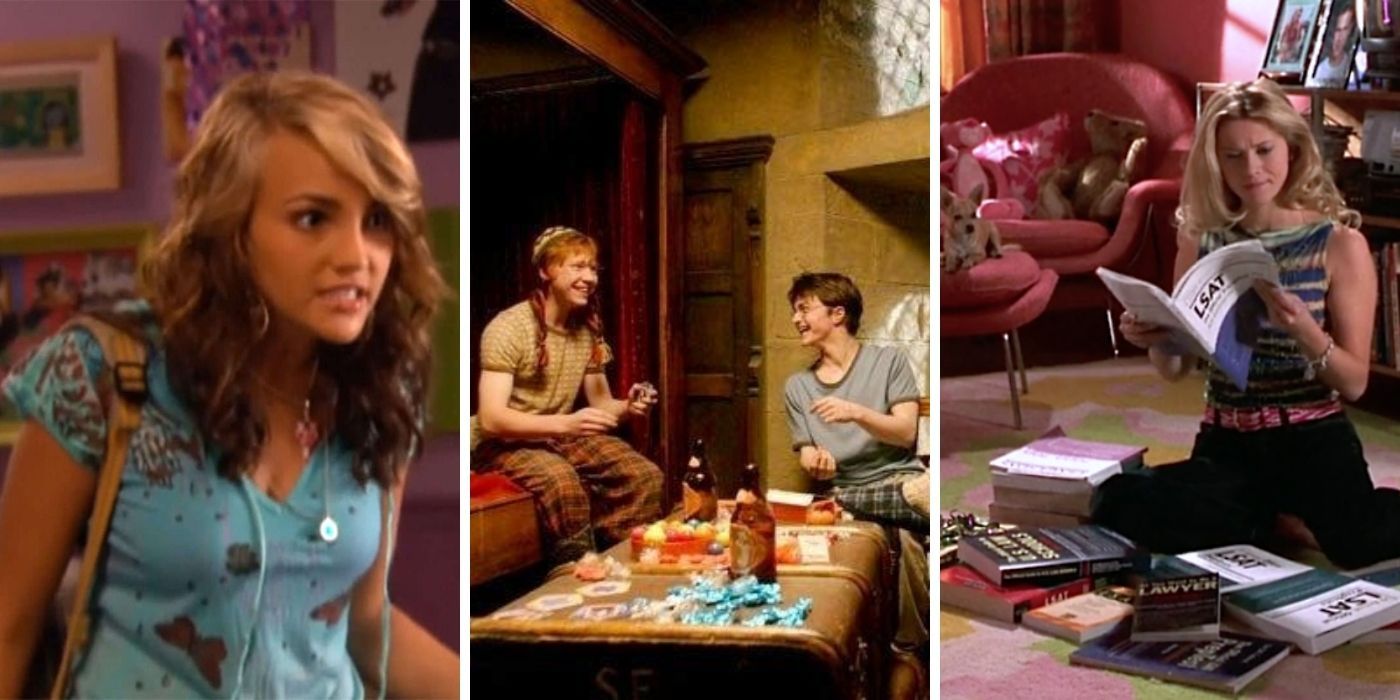 Movies and TV shows have been depicting college and prep school life for decades. The characters are finally living away from their home and experiencing life as a young adult with other students going through the same thing. Depending on the character, they’re either living in a dorm room or a house on campus. It’s entirely situational

RELATED: 10 College Comedies To Watch If You Loved American Pie

Funny enough, the bedrooms, dorms, or houses these characters live in aren’t always realistic. Dorms in real life tend to be far smaller and less stylish than the ones on screen, but they sure did make viewers jealous. From parties to decor, these dorm rooms were dreams for viewers.

When Viola Hastings (Amanda Bynes) switches places with her twin brother at a prep school so that she could play soccer on the men’s team, she moved in with Channing Tatum’s character, Duke. Although Illyria was a high school, it was a prep school that required its students to live on campus. It was essentially a mini college before its students went off to college.

Viola and Duke’s dorm was simple and less decorated than the women’s dorm rooms but it was spacious with a massive window and posters. Viola’s time at Illyria made teens jealous.

Before Elle Woods attended Harvard Law School in Legally Blonde, she received her bachelor’s degree in fashion merchandising from CULA. While attending CULA, Elle was apart of a sorority and lived in an amazing house on campus that made everyone want to join a frat or sorority one day.

Elle eventually graduated from CULA with a 4.0 and went on to Harvard Law School where she decked out her boring dorm room. She brought California to Massachusetts within hours. She had a tropical backdrop as wallpaper, her own workout equipment, and amazing decor. Her personality matched her bedroom perfectly.

Monsters University was the sequel to Pixar’s Monsters Inc. and showed how Mike and Sully met at college before starting their jobs at the energy factory. As expected, Sully was the big man on campus and Mike had to prove himself to be taken seriously. However, the two different monsters came together and helped each other, solidifying their friendship.

During Mike’s first year, his roommate was Randall. The two shared a fairly spacious dorm room with beautiful wood floors and furniture. Mike had his walls decked out in MU gear and was excited for the next chapter in his life.

Beca’s dorm room at Barden University in Pitch Perfect was realistic with a twist. Beca slept on a twin bed that was relatively close to her roommate (who hated her), but what was cool about Beca’s room was her wall.

RELATED: 10 Things That Make No Sense About The Pitch Perfect Trilogy

The wall had built-in shelves, which made things easier in the storage and decoration department. Beca also had a curved desk that fit the wall for her computer monitor. While most college freshmen had laptops, Beca preferred her desktop for her musical creations.

Rory had her fair share of different living arrangements while attending Yale in Gilmore Girls but her freshman dorm was a standout. Not only did Rory have a common room that separated her bedroom from another bedroom, but she had two fireplaces in the dorm: one in her bedroom and one in the common room.

As if it wasn’t fancy enough with two roaring fires, Rory’s grandmother furnished the place. The mini dorm room looked more like someone’s parents’ house, not a place where 18-year-olds found themselves in.

Hogwarts wasn’t a college per se, but it was a boarding school where its wizards could harness their craft. The school had four different houses that students were sorted in. You could tell a lot about a student by the house they were given.

Nevertheless, not only were the halls and secret rooms of Hogwarts iconic but the dorm rooms were luxurious beyond belief. The architecture was done in a gothic cathedral style and the beds had canopies. It was an enchanting place to live and learn.

Nickelodeon’s Zoey 101 lasted for four seasons back in the early 2000s but the lifestyle that Zoey and her friends lived is still talked about to this day. Pacific Coast Academy was a boys-only boarding school for years before allowing women to attend.

As a teenager, imagining life on your own living with your best friends was a dream. Zoey and her friends’ bedrooms were not just colorful and bubbly, they were massive. Everyone had a roommate but there was still space for couches and accessories.

Van Wilder was a 2002 college comedy about a seventh-year senior, Vance (“Van”) Wilder. Van loved his time at Coolidge College so much that he wasn’t ready to graduate.

He created a legacy for himself at Coolidge and lived in an on-campus apartment that was beyond what college students could afford. And while Van Wilder no longer lived in a dorm (he was a super senior, after all), teens loved the idea of living close to their classes while living large.

Neighbors and Neighbors 2 is another portrayal of life in a frat house or sorority. Instead of living in dorm rooms, Zac Efron’s character lived in a frat house off-campus. Teddy Sanders (Efron) wanted his frat to be the best one at school and threw legendary parties to keep his frat’s name in the highest standards.

While the men lived a wild lifestyle in filth, the notion that college could be that outlandish was desired by many. Freshmen may start out in dorms but once they pledge for a frat or sorority, they have the option to move into the frat/sorority house (as long as it’s accepted by the college).

Sydney White was a modern-day spin on Snow White. Instead of a young woman moving in with dwarves and cleaning for them, a young woman moved into what was known as “the vortex” with seven strangers. Sydney first moved into a modest dorm room but before she became too comfortable, she moved into the sorority house while rushing.

Sadly, when Sydney wasn’t accepted she had nowhere to go (hence the vortex). Sydney soon created a cool loft in the vortex that was envied by viewers. The movie did a great job of showing what life was like in both on-campus dorms and off-campus housing.

NEXT: 10 Fictional Film & Television Colleges, Ranked From Worst To Best

LA is a nomad who travels the globe on the hunt for her next adventure. A lover of being outside (and finding the best latte in town), LA loves to write about her favorite topics and shows. When you don’t find her playing around outside, you can find her writing in the closest coffee shop. 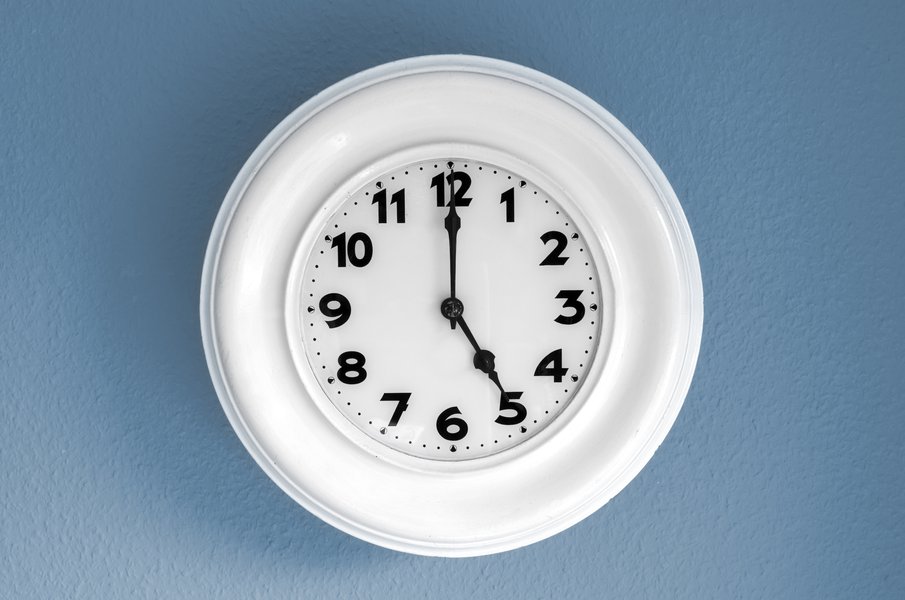